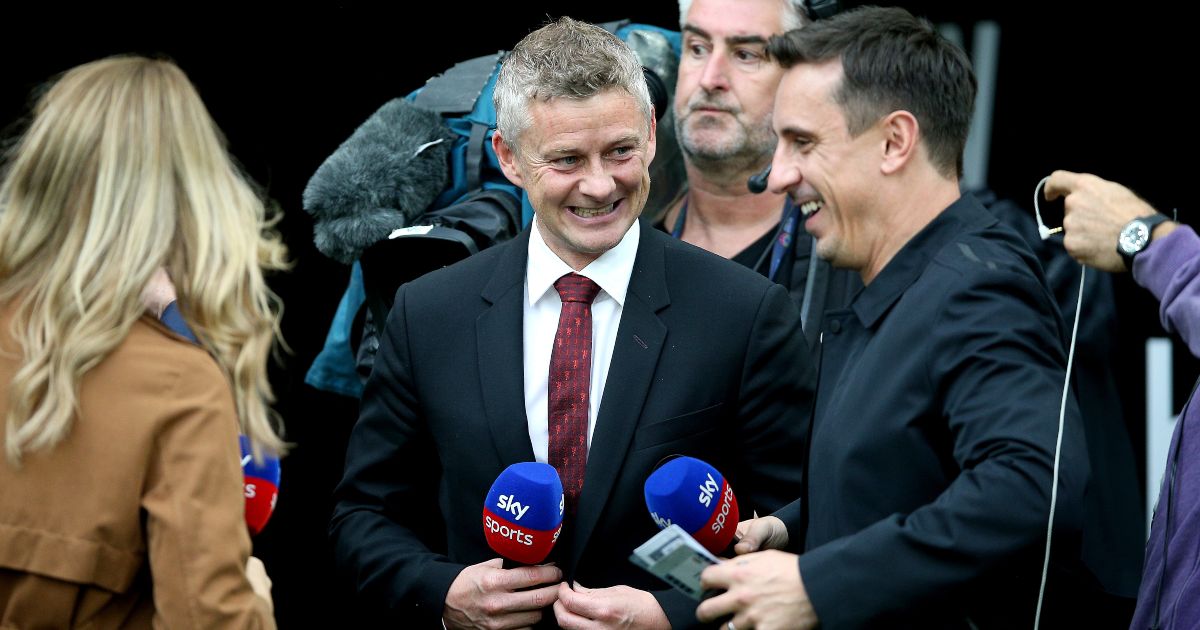 Gary Neville claims Manchester United are a “train off the track” and look “desperately short” under Ole Gunnar Solskjaer.

United lost 2-0 to Manchester City last time out – their fourth defeat in six Premier League games – to increase the pressure on Solskjaer.

They now sit nine points off league leaders Chelsea with just over a quarter of the season gone.

And Neville admits the performances and results are “nowhere near good enough”, and claims the United bosses will have to “put their helmets on” if they are to continue to defend Solskjaer and his players.

Neville said on his Sky Sports podcast: “I think these players care. I want to make that point; there were times a few years ago where I left Old Trafford thinking: ‘Are these players really with us?’ But with these players, I don’t think it’s a lack of effort or willingness or want. I think those players want to do well, and want to be at Manchester United, every single one of them. But they look like they are suffering badly at this moment in time.

“I think the club will put Saturday down to Pep Guardiola, Manchester City, and believe that this could happen to any team in any season.

“They’ve got Watford away, Villarreal away and then Chelsea away. That’s a horrid, horrid week. This is not going to get any easier in the short term.

“The social media noise is different to the noise in the stadium. They were shouting against Nuno in the Spurs stadium last week; that won’t happen here with Ole at Old Trafford. We didn’t hear that with Jose, with Van Gaal, with Moyes, or even with Ron Atkinson 35 years ago. The fans here don’t do that, they are respectful of the situation, but this is a train off the track at the moment.

“Last season, people said second in the league is progression, it’s now not progression. That has to change very quickly. Against big teams, they look desperately short, and they shouldn’t. That’s where the manager comes under enormous pressure, and questions are asked, and on social media the pressure will be hot, but the contingent on social media are very different to the fans in the stadium itself.

“The contingent on social media don’t have the sympathy, the empathy, the compassion that the fans in the stadium have. But the fans walked out towards the end of Saturday’s game, because they knew it wasn’t right.

“They’ve planned around a structure of way of working in the last two or three years that they’re not going to veer away from, but in this moment in time they’re going to have to put their helmets on if they’re going to defend it.

“Because the reality of it is it’s nowhere near good enough and you can’t defend it. They’ve only played a couple decent sides in Tottenham, Liverpool and City. They should have already had plenty of points in the bank to deal with that. It’s unacceptable with this squad.”