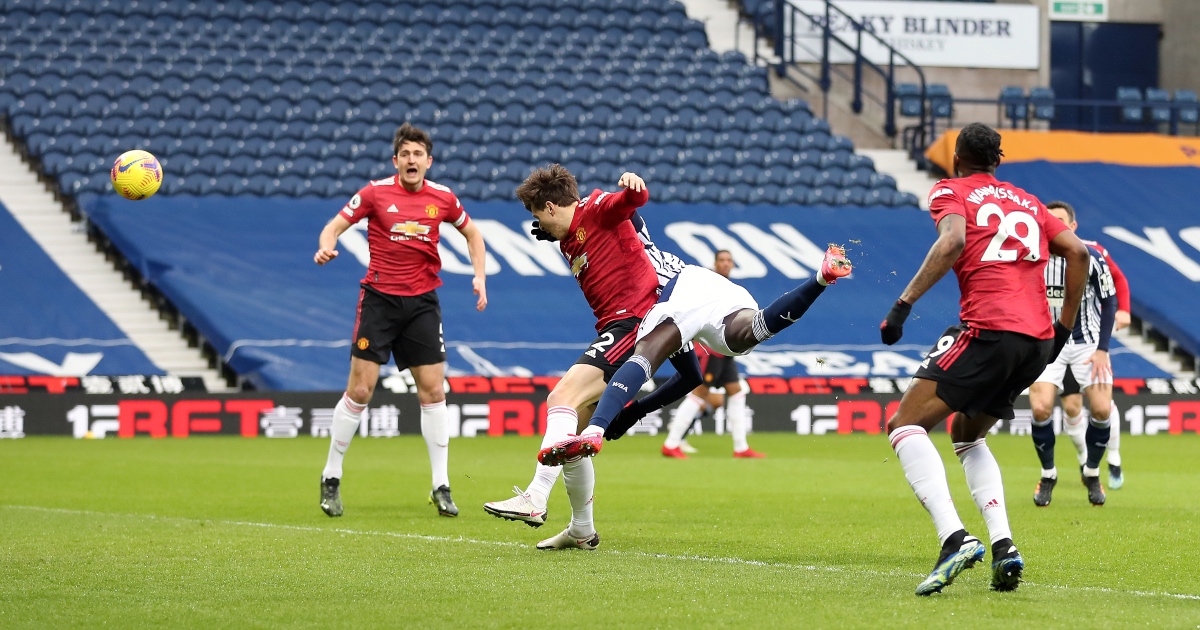 Gary Neville says Manchester United’s defence failed to do what Ole Gunnar Solskjaer asked of them as West Brom opened the scoring on Sunday.

United were behind after just 90 seconds as Mbaye Diagne “mauled” Victor Lindelof to head in Conor Gallagher’s cross.

On Sky Sports’ commentary, Neville said the defence must not have taken on board what Solskjaer said ahead of the game in terms of defending with a high line.

He said: “I watched Ole Gunnar Solskjaer talk about his defenders pushing up the pitch in his pre-match interview, well that was exactly the opposite.

“West Brom were always going to put pressure on the United defence and put the ball into the box as early as possible.

“They don’t shift, Lindelof, Maguire, I said it two or three weeks ago, if you don’t shift the two or three yards when the ball goes back then you’re going to end up on top of your goalkeeper.

“It’s a brilliant ball in, Diagne attacks it really well and he mauls Lindelof and heads it brilliantly past De Gea.”