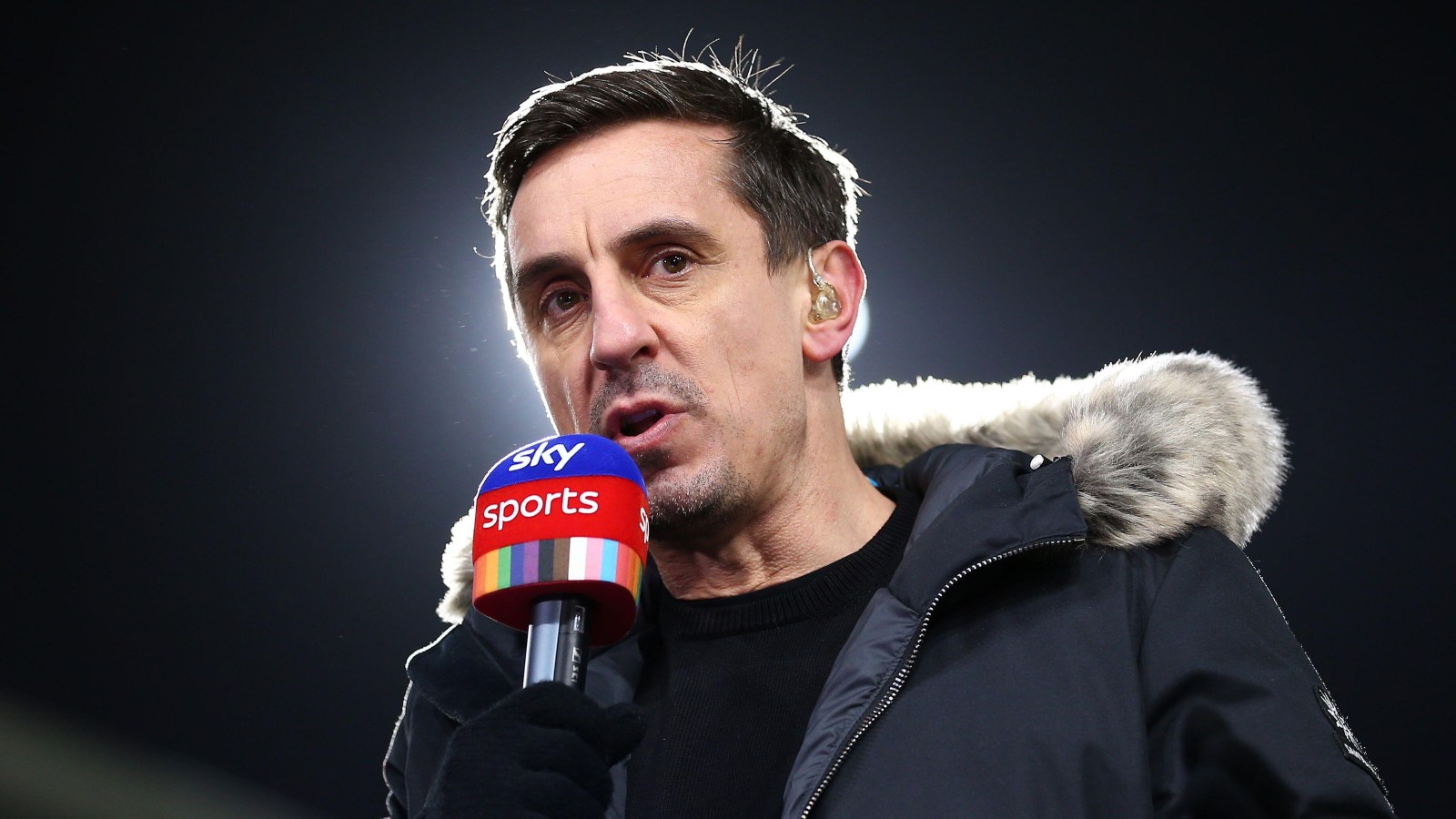 Gary Neville has insisted the Premier League title race is not over but one ‘big’ issue could put an end to Liverpool’s hopes.

Manchester City are currently three points clear of Liverpool at the top of the table and hold a superior goal difference advantage over their rivals.

They could all but secure the title when they take on West Ham on Sunday, with a win meaning the Liverpool would need them to lose on the final day with a huge goal swing.

Both sides were victorious in midweek, City dominating Wolves with Kevin de Bruyne in scintillating form to help them win 5-1.

On the other hand, Liverpool came from behind to beat Aston Villa and Neville has admitted that was a big result for Jurgen Klopp’s side but also claimed that the injury suffered by midfielder Fabinho could put finish off their title hopes.

Speaking on the Gary Neville Podcast, the ex-Manchester United man said: “It was big for Liverpool, because they were pushed and they were tested.

“Going a goal down, so I thought that was big.

“I did see a hiccup in Man City at either Wolves or West Ham, so when Wolves equalised I thought ‘here we go’. They have got problems at the back and they’re having to cope with that.

“Fabinho going off injured on Tuesday I think could be a problem for Liverpool, that could be big. If he was to be out for a couple of weeks that would be a real problem.

“He needs to be fit for the run-in and the final of the Champions League. So Liverpool are starting to pick up little injuries.”

Liverpool boss Klopp has revealed that Fabinho will be available for their Champions League final against Real Madrid at the end of the season but is unsure if he will return beforehand.

City have some injury issues of their own in defensive areas and whilst still believing the title race is still on, Neville did admit that de Bruyne’s form could see them through.

“City certainly are getting injuries at the back, and you thought Wolves could get through them. And then Kevin De Bruyne, there are no more words. He’s a thing of beauty to watch.

“City have got a big game on Sunday against West Ham, and I still think there’s something there.

“I thought there would be a hiccup, it’s whether that is going to be enough for Liverpool, that’s the thing. The goal difference has now extended beyond what Liverpool would have liked even if Man City do lose.

“There’s still something to play for, I still don’t think the league is over, but De Bruyne has responded most brilliantly in the last two matches (against Newcastle and Wolves). He’s at a level we don’t see very often.”