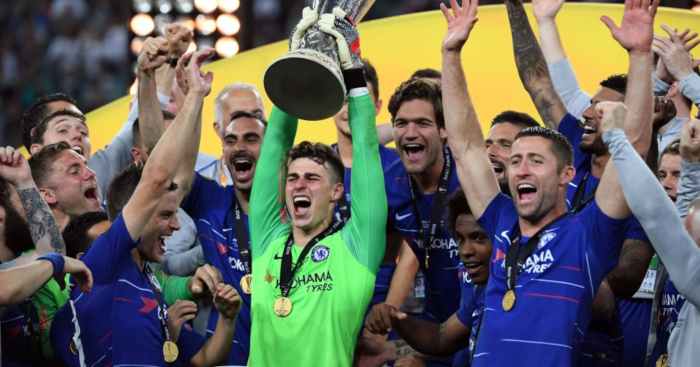 Gary Neville claims he “can’t accept” a goalkeeper like Chelsea’s Kepa Arrizabalaga in his side after watching him in the Europa League final.

Although the Spaniard was certainly not at fault for Alex Iwobi’s stunning strike in their 4-1 victory over Arsenal, Kepa looked a little nervous at times during the first half.

A poor punch early on almost gave the Gunners an advantage before his rash decision to come tearing out of his net to challenge Alexandre Lacazette almost gave away a penalty, but appeals were rejected.

Two goals from Eden Hazard and one each for Olivier Giroud and Pedro gave Chelsea a comfortable win over their London rivals but Neville was still critical of their keeper.

“Nothing personal but I just can’t accept a keeper like Kepa,” Neville wrote on Twitter. “He would make every defence a nervous wreck.

Following his £71million summer move from Athletic Bilbao, Kepa has only missed two Premier League matches and has kept 23 clean sheets across all competitions.