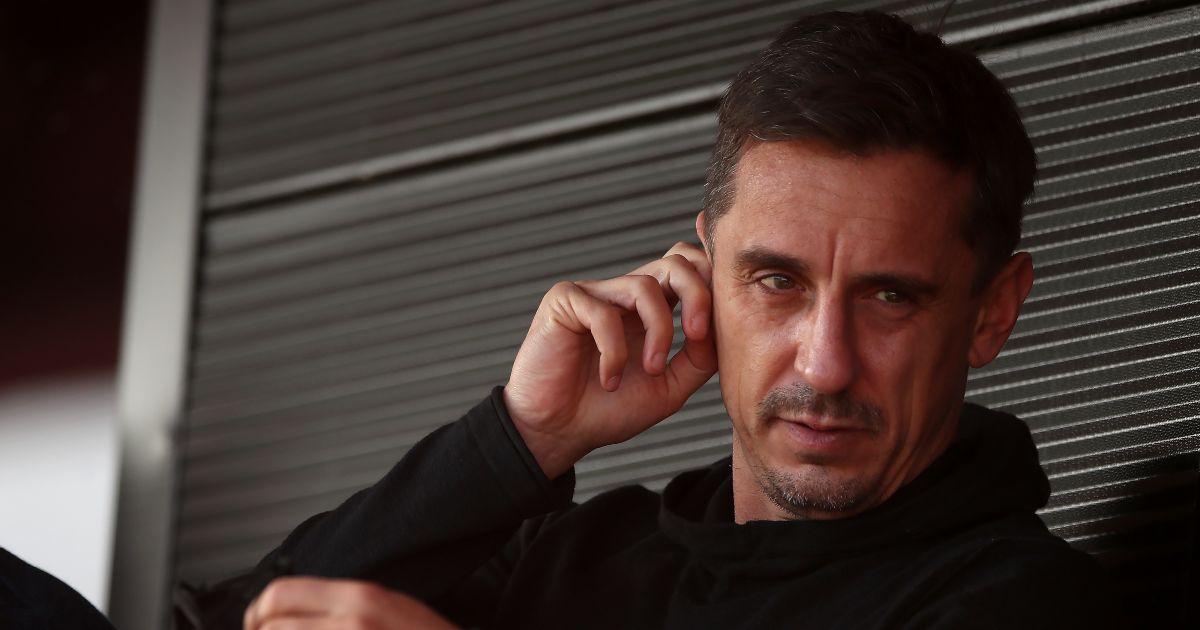 Gary Neville thinks “really special” Mason Greenwood has to be starting every week under Ralf Rangnick at Man Utd.

The England intenational has started 14 matches this season in all competitions, contributing five goals and two assists in those fitures.

He was one of several Man Utd players to put in a terrible performance against Newcastle United on Monday night and was hauled off by Rangnick at half-time at St James’ Park.

Allan Saint-Maximin put Newcastle into the lead in the first half before Edinson Cavani struck in the second half as Man Utd took a share of the spoils.

Before the match, Neville was waxing lyrical about Greenwood and reckons the 20-year-old needs to be starting every match to “grow”.

“I think Greenwood has to play. For me he’s an exceptional talent,” Neville said on Sky Sports. “I think he can potentially play with his back to goal, he can receive on the half turn.

“I just think he has to play. The growth in him is greater than a lot of young players in the squad.

“He has so much to give. Everybody that’s a Manchester United fan, the coaching staff, everybody recognises that this could be something really special.

“Get his head right, keep him fit, keep him consistent, make sure he has good senior players around him that can basically lead him and get him on track and I think you’ve got something there that could be anything he wants to be in football.

“I think he has to be in the team to grow. He’s worthy of a goal all the time.

“At this moment in time probably more than Sancho, so for me it’s not a surprise he’s in the team it’s just if he plays the role Sancho is playing it’s something that’s very different for him.”

🗣 “We shouldn’t look for excuses, we just need to get better.”

Ralf Rangnick on whether the 16 days off is an excuse for their performance against Newcastle pic.twitter.com/gxH7nzQpaX

Man Utd boss Rangnick wasn’t pleased with his side’s performance against the Magpies with the Red Devils committing “too many unforced errors”.

Rangnick said: “We didn’t play good today. The first half after having been down 1-0 after seven minutes, we just had too many unforced errors, too many give-aways when we were in possession of the ball – including the goal, by the way – and that didn’t make life any easier for us in this game.

“It was better in the second half, but still not on the kind of level that we would have to play in order to control games.”