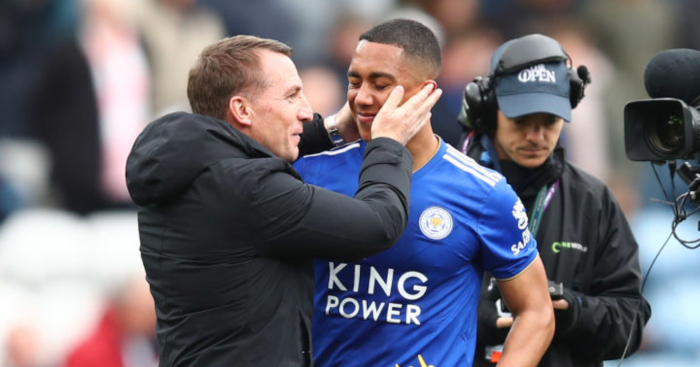 Gary Neville believes Youri Tielemans should be on the radar of every Big Six Premier League club.

Tielemans has been a revelation since joining Leicester on loan from Monaco in January.

The midfielder has scored three goals and provided five assists in 11 league appearances, with his latest strike coming in the 3-0 win over an insipid Arsenal.

Leicester are eager to sign the Belgium international on a permanent basis, but his reported £40m valuation could prove prohibitive to all but the richest sides.

Neville feels that said clubs could look to buy Tielemans after his Leicester “dress rehearsal”.

“With Tielemans, I think the issue that Leicester will have is that there are midfields in the top six that need strengthening,” he said.

Fellow Sky Sports pundit Graeme Souness then interjected with a response positively dripping in camaraderie. “Who are you talking about?” said the Scot.

Presenter Dave Jones added, glancing at the Old Trafford pitch: “How far away are you looking Gary?”

After such glorious banter, Neville returned to the initial point.

“He is 21 years old, available, they say, for £40m. He’s proved himself in the Premier League, almost like a dress rehearsal at Leicester.

“Leicester could struggle to keep him because of the fact that other clubs may want him.”