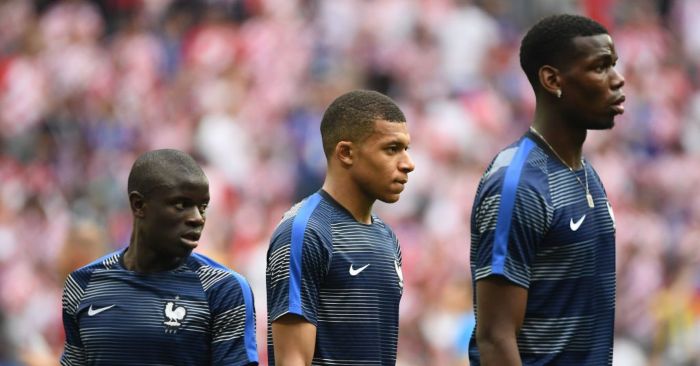 Gary Neville has named the three players he would sign to implement a “spine” for success at Manchester United.

The “unbelievable players” running through their squads has provided the perfect platform, much like the one Neville says United had in the early 1990s.

“Manchester United, somehow, have got to find a spine,” he told Sky Sports.

“My thing at the moment is how do Manchester United recruit, in the next 12 to 18 months, a spine that will help United’s younger players?

“The spine of that team is immense. The problem with United’s team now, is not the younger players on the pitch.

“Who knows what the likes of Andreas Pereira, Aaron Wan-Bissaka and Daniel James will become, they need a spine.

“If Manchester United get the right three players in amongst that squad, they won’t be far off. It can be done.”

Later asked on Twitter which three players he would sign if given the chance, Neville named Raphael Varane, N’Golo Kante and Kylian Mbappe.

Best of luck with that.