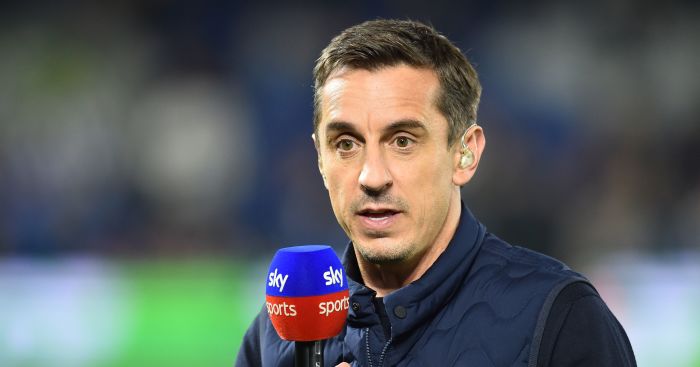 United beat Tottenham 1-0 at Wembley to carry on their perfect start under Solskjaer with six wins in six matches in all competitions.

The likes of Anthony Martial, Jesse Lingard and Marcus Rashford have provided the Red Devils with pace on the counter-attack during Solskjaer’s successful run as boss.

And Neville thinks Lukaku, Mata and Fellaini – none of whom started against Tottenham – lack sufficient pace to fit into the current system effectively.

“Looking at what Ole Gunnar Solskjaer has done, he’s left out Lukaku, he’s left out Mata most of the time, it’s not a reflection on those two players but they do slow down attacks,” Neville said on Sky Sports.

“They can’t move from one box to another quickly, all these players can run, along with the quality they have. Fellaini as well.

“They are two players who can potentially add things from the bench but they can’t play at this pace, they can’t make the movements of Martial, Lingard, Rashford, Pogba, they are not capable of doing it, they haven’t got the physical attributes to do it.

“It [pace] is the basis of every team, you look at Manchester City with Sterling and Sane or Liverpool with Salah and Firmino, every team has to have those players and with the likes of Mata, Lukaku and Fellaini in the team, it was too slow.”