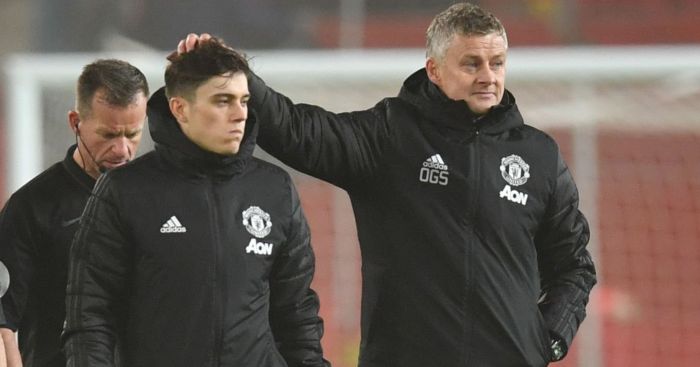 Phil Neville thinks Manchester United have to give Ole Gunnar Solskjaer time and signings if he is to be a success at Old Trafford.

Sunday’s defeat to table-topping rivals Liverpool was compounded on Wednesday evening as Burnley secured a first victory at Old Trafford since 1962.

Chris Wood opened the scoring and a memorable 2-0 victory was wrapped up in style by hometown favourite Jay Rodriguez, whose stunning strike darkened the mood of the United faithful.

The vast majority of supporters were on their feet when chants of “stand up if you hate Glazers” echoed around Old Trafford, where executive vice-chairman Ed Woodward also copped flak.

“It’s a massive concern,” Neville told Match of the Day.

“I think they’ve got to stick with him [Solskjaer].

“The squad to me looks light, it looks inexperienced, it looks weighed down by the expectation.

“I think they need two signings in this window to have any success this season.

“There’s bits I see from them that I think, ‘They’re heading in the right direction’. The youth side, the energy around the place.

“It’s just that lack of quality. United are where they are at this moment in time and people have got to accept it.”