Home All The News Neville: Not one single part of me wants to coach again 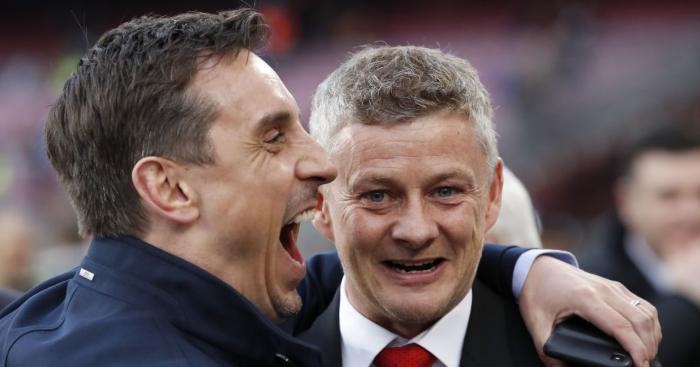 The ex-England international had a number of offers to join clubs in England before finally accepting the chance to manage one of Spain’s biggest clubs in Valencia, where he was sacked after winning 10 of his 28 matches in charge.

He left his position as an England coach under Roy Hodgson while he also temporarily gave up his role as a pundit on Sky Sports.

“There is not one single part of me that wakes up and thinks ‘I want to be on the training field’,” Neville told BBC Radio 4’s Today programme.

“I had my foray into management in Valencia and it was probably one of the best learning curves I have ever had. It was a clip around the ear, sometimes you need one in life.

“I’m more interested in the board room or in the business side of things. The football side I love. I love watching matches but I just don’t want to be on the training pitch, I feel like I’ve done that part of my life and want to move on.”