Gary Neville questions whether Liverpool have the money to truly dominate football. 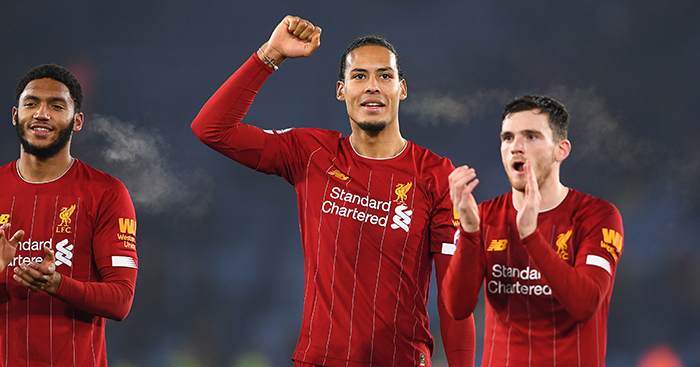 Gary Neville is not concerned that Liverpool will create a dynasty because he believes they do not have the resources.

The Reds have won the title after a 30-year wait but Neville says they need to win more trophies before they can be considered a ‘truly great side’.

He believes that Liverpool will not be able to match the exploits of truly great teams because they spend relatively modest amounts of money compared to their rivals.

“I’m not concerned. I’d be concerned about Liverpool for a long period if they were bought out by super rich owners that invested at the level of Manchester City and Manchester United.

“Liverpool are still quite modest with their transfer business compared to the other clubs. Their owners don’t have the money of a Manchester City, the spending power of Manchester United or Chelsea,” he told Sky Sports.

READ MORE: Only shame is that Liverpool brilliance will escape history books

“But that makes Jurgen Klopp’s achievement all the greater. You’ve got to hand it to him, and the people behind the scenes who have done the recruitment over the last few years, it’s been absolutely brilliant.

“In the last four years, Liverpool winning the league wasn’t a sure-fire win by any stretch of the imagination, they hadn’t won it for 30 years and they have always been a club that have invested at a level below Chelsea, City, United and even Arsenal.

“Liverpool are a massive club, one of the most successful in the country, but it’s so much more difficult without the money to spend that the other clubs are.