Home All The News Neville: Numbers behind potential Wembley sale are ‘bizarre’ 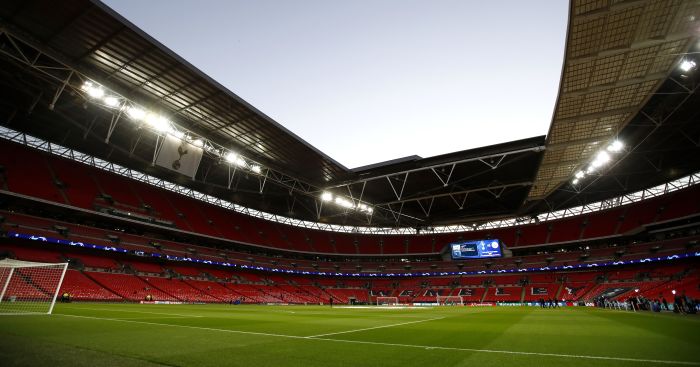 Former England defender Gary Neville has hit out at the “bizarre” numbers behind how the proceeds from the proposed £600million sale of Wembley will be shared to grassroots football.

The potential sale of the national stadium to Fulham owner Shahid Khan will go to a vote of the Football Association Council on October 24, the governing body has said, after a “healthy discussion” of the merits of the deal on Thursday.

Some have agreed with the FA’s plan to use the windfall to transform grassroots facilities, while others have likened it to selling the crown jewels.

England boss Gareth Southgate, meanwhile, wants any revenue to be ploughed back into the game, but remains publicly impartial on whether he backs the sale or not.

As part of the detailed financial plans, contained in a document seen by the Press Association, the FA has set out how the net £590m proceeds from Wembley’s sale will be reinvested in community facilities via the Football Foundation.

This will, according to the governing body, result in £46m of investment per annum over a 20-year period, with the remainder earning interest.

The FA, which is being advised by the Rothschild and Co independent financial advisory group over the proposed sale, says this would result in a total of £920m being made available over the time frame, which assumes a five per cent rate of return. Currently the Bank of England base rate is 0.75 per cent.

Former Manchester United defender Neville, who won 85 England caps, labelled the FA’s plans to sell off Wembley as “ridiculous” when he appeared in front of a parliamentary committee at the House of Commons in July.

On Saturday, in a reply to a post on Twitter over the breakdown of the figures set to be reinvested in grassroots, Neville again criticised the proposals.

“The numbers are bizarre. The most bizarre is how they supposedly grow the sale proceeds per annum post sale,” he said.

“Who are they banking/investing with? They point towards match funding potential but no one can see where and how?”

Press Association Sport understands the FA believes the financial projections on any possible future investment returns from the proposed Wembley sale are realistic.

When all the additional level of investment from the FA, Premier League, government, local authorities and other funding partners is taken into account, the total investment in community facilities over 20 years is set to amount to around £3.3billion.

Neville later also posted: “This sale can’t go through. It’s short-term thinking and I’m sure will be blocked by councillors once they start to delve into the detail.

“That money will be gone inside 10 years with little impact. In 20 years it will be ‘How did that sale ever go through?'”