Home All The News Neville on Di Maria: ‘That is a Manchester United player!’ 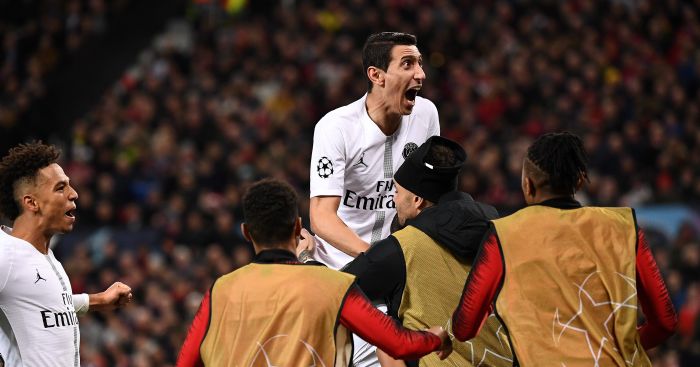 Phil Neville thought Angel di Maria would be a perfect addition to Manchester United’s squad when he signed in 2014 and thinks it’s an “absolute travesty” it didn’t work out.

Di Maria signed from Real Madrid for a huge £59.7million fee and, despite a strong start at Old Trafford, his form fell away due to injuries and other off-field issues.

United decided to cut their losses at the end of the season and sold him to Paris Saint-Germain, who has shone at the French club.

And the Red Devils got a taste of his abilities on Tuesday night as they lost 2-0 to PSG in the first leg of their Champions League last-16 clash.

On his return, Di Maria set up both of PSG’s goals for Presnel Kimpembe and then Kylian Mbappe to give United a huge task in the second leg.

”We didn’t see this type of performance from Angel Di Maria under Louis van Gaal when he had the red shirt of Manchester United on,” Neville said on BBC Radio 5Live.

“He’s definitely had a happy return to Old Trafford. He was brilliant.

“It’s an absolute travesty that he wasn’t a great United player. When he signed, I thought, ‘This is United. Play him on the left-hand side of midfield, on the right, and at last we’ve got a winger back.’

“There was no [Ryan] Giggs, there was no real winger in the side. I thought at last United had bought someone that fits the philosophy of the club; exciting winger, crosses the ball, scores great goals – you think of the chip at Leicester.

“But he never, ever produced a performance and I think Louis van Gaal has got a lot to do with that.