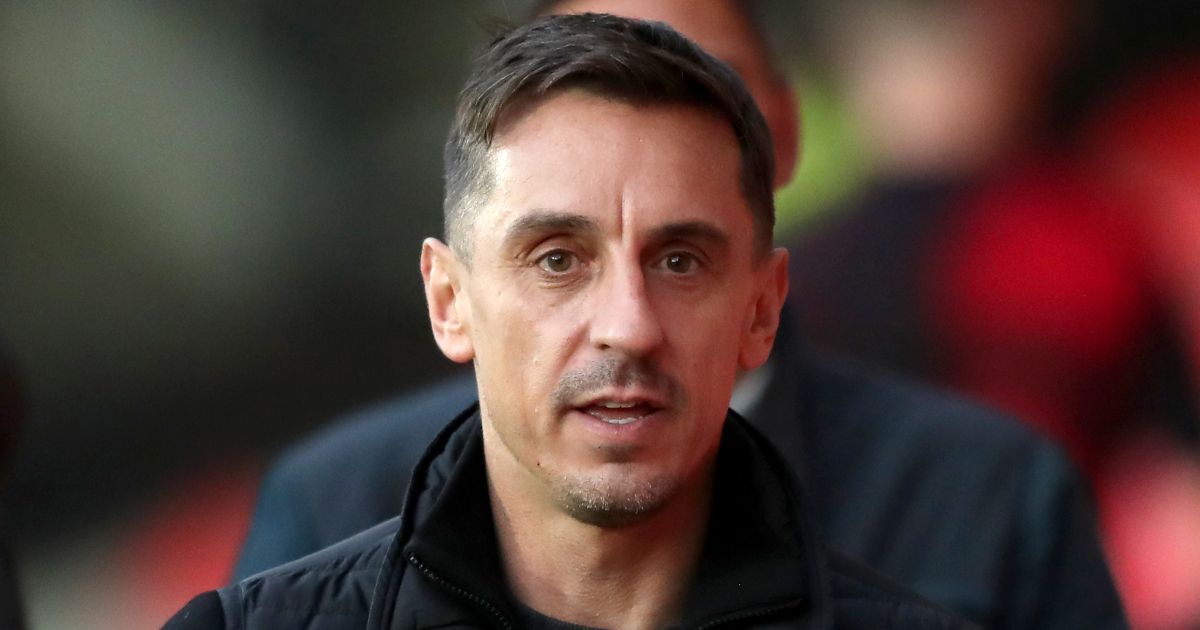 Milner – standing in for Trent Alexander-Arnold at right-back – endured a difficult afternoon against Foden on Sunday.

And the Liverpool veteran was perhaps fortunate not to be shown a second yellow card for a foul on Bernardo Silva.

There were also calls from the City bench for Foden to have won a penalty as Milner bundled him over as he raced through on goal.

Replays showed the contact was made outside the area with momentum carrying the pair into the 18-yard box.

Neville labelled that particular incident as “clumsy”, before sharing further thoughts on the enthralling battle between the duo.

“It was clumsy,” Neville said on Sky Sports. “Well, it’s outside the box to start with. Does it continue inside the box? Oooh, it’s definitely foul. He has had a clip of his heel.

“Foden has destroyed him down this side – even in this second half, what a player he is.

“The angle (for his goal) is just a little narrow. But what a strike. He just comes over a touch, James Milner. But it’s the power, accuracy and the brilliant Phil Foden – he is a joy to watch.”

Neville later explained that he still feels something isn’t quite right with Liverpool this season.

Speaking during the latest Gary Neville podcast, he said: “I said after the Chelsea game here a few weeks ago I didn’t think that Liverpool were just right.

“They’re still setting a good standard but the problem is they set themselves a standard you very rarely seen in English football, a couple of years ago and they’re not at that standard.

“There is no doubt this team is not as good as the one from two, three years ago when they were absolutely blistering in possession and out of possession.

“It’s not quite the same physical performance and I don’t quite know why that is; something’s just gone a little bit.

“They’ve no doubt worked hard in these last four or five years, it’s been an outstanding performance but they look like they need a little refresh to go back up to that level.

“This level they’re at now can still win them the title this season but it’s just not the same as it was and it just allowed City in that first half to gain a lot of confidence.”