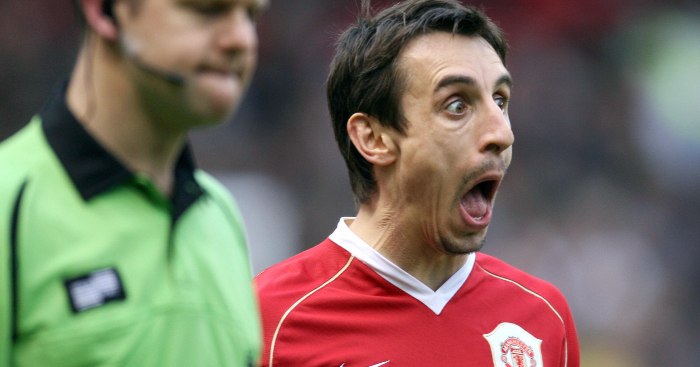 Gary Neville has named Wayne Rooney as the hardest person he had to deal with during his time as Man Utd captain.

After the departure of Roy Keane in 2005, Sir Alex Ferguson appointed Neville as Manchester United’s skipper until the right-back retired in 2011.

On Sky Sports’ Football Show, presenter Kelly Cates asked Neville who the “most difficult person to captain” was during his time at Man Utd, to which Neville responded: “Rooney”.

Neville laughed and added: “You used to have to man-mark him with a security guard on a night out.”

Cates: “Anything that went wrong was your fault then?”

“I remember once that a security guard was looking after him and I literally did put a security guard on him. I always thought he was a target for people we saw on the street and someone that the other fans would try and wind up.

“It’s about a ten-step staircase and he’s literally been left alone for five steps. He was somebody that was a challenge but he was a great lad.”