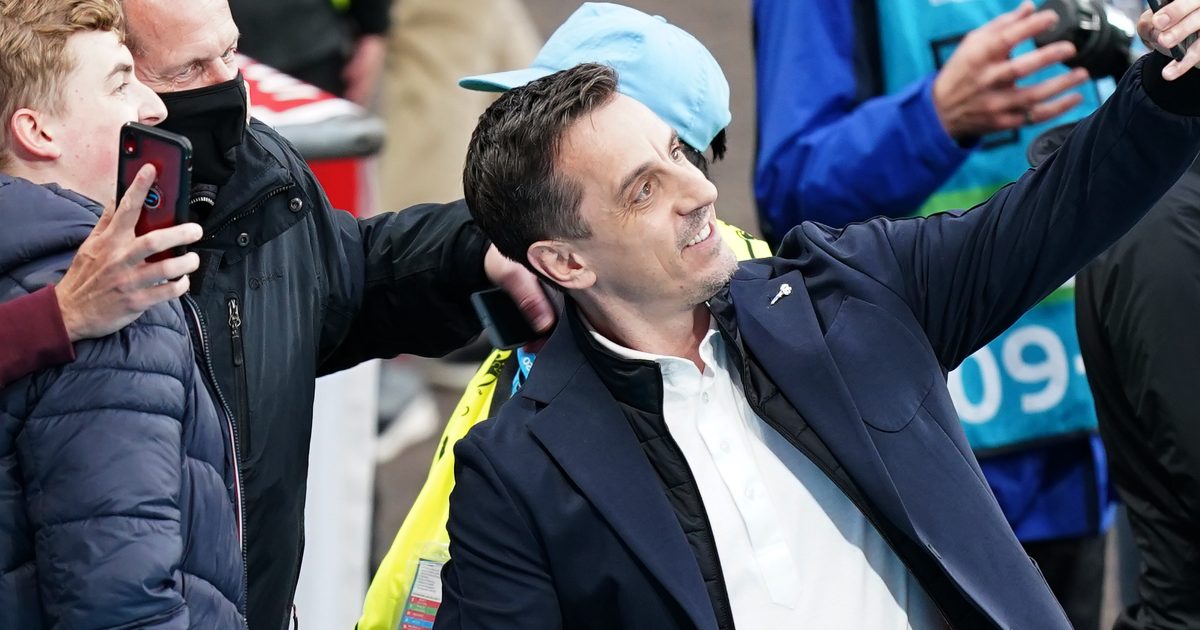 Gary Neville has picked three players outside of the traditional ‘Big Six’ who he would like to have played for Manchester United.

Neville has been asked by SportBIBLE to name three players who would suit Man United from the remaining 14 Premier League teams.

He rounded things off by naming Everton captain Seamus Coleman as his third player.

Neville suggested that he would class Leicester as a top-six team when he explained his picks.

He said: “I would say Vardy. You’d have to over the last four or five years. Just his level of performance.

“But I think Leicester are in the top six, by the way, so I disagree with the way in which it’s been put together.

“I think I’d be going for three Leicester players, to be honest with you. I would probably be going for Ndidi, Vardy.

“I’d go for Seamus Coleman. Just over the years, I think he’s been [a] brilliant full-back at Everton.

Elsewhere, Rio Ferdinand has claimed that Man Utd should be able to “challenge on all fronts” this season:

“There’s good players all over the pitch, players can come in during certain games and do jobs. That’s what you want, especially in the back four.

“[Victor] Lindelof can come in for a game here or there, I’d be more than ok with that. [Diogo] Dalot’s staying at right-back, he had a good season with AC Milan. [Alex] Telles can come in for [Luke] Shaw, you’ve got back-ups everywhere.