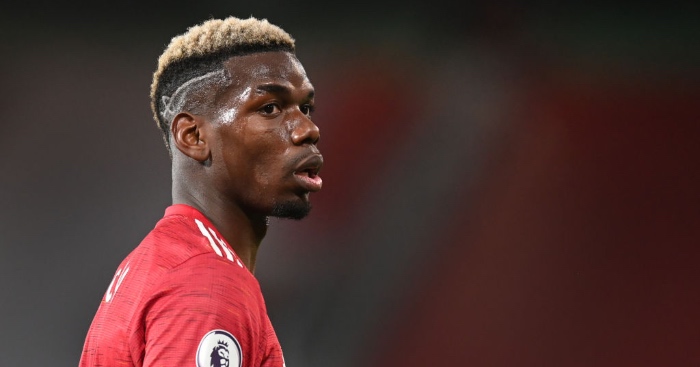 Phil Neville says Manchester United are now “seeing the best” of Paul Pogba, who can take Ole Gunnar Solskjaer’s side to the title.

Pogba fueled speculation over his Old Trafford future in October by admitting playing for Real Madrid is his “dream”, before his agent Mino Raiola claimed his client’s career with United was “over”.

But the World Cup winner looks to have rediscovered some of his best form in recent weeks and before United’s 1-0 win over Wolves Neville talked up the extra quality a fully fit and firing Pogba brings to Solskjaer’s side.

“When they played Leipzig his agent came out and said he wanted to leave, but since then I have seen the best of Paul Pogba,’ Neville told Amazon Prime Video.

“I have got to say I prefer watching Manchester United when he is playing because he gives them something that might take them on the way to the title. He is a world-class player.”

Neville also reserved special praise for Bruno Fernandes, who has been directly involved in more goals than any other player in the top-flight since making his debut for United in February.

The former United defender said of a man who notched his seventh assist of the season against Wolves: “It’s the impact he’s had on the club. Forget the goals and assists, it’s the winning mentality, every time he goes on the field he wants to win, he drives the team forward.

“He is absolutely outstanding. He pops up everywhere on the field.”