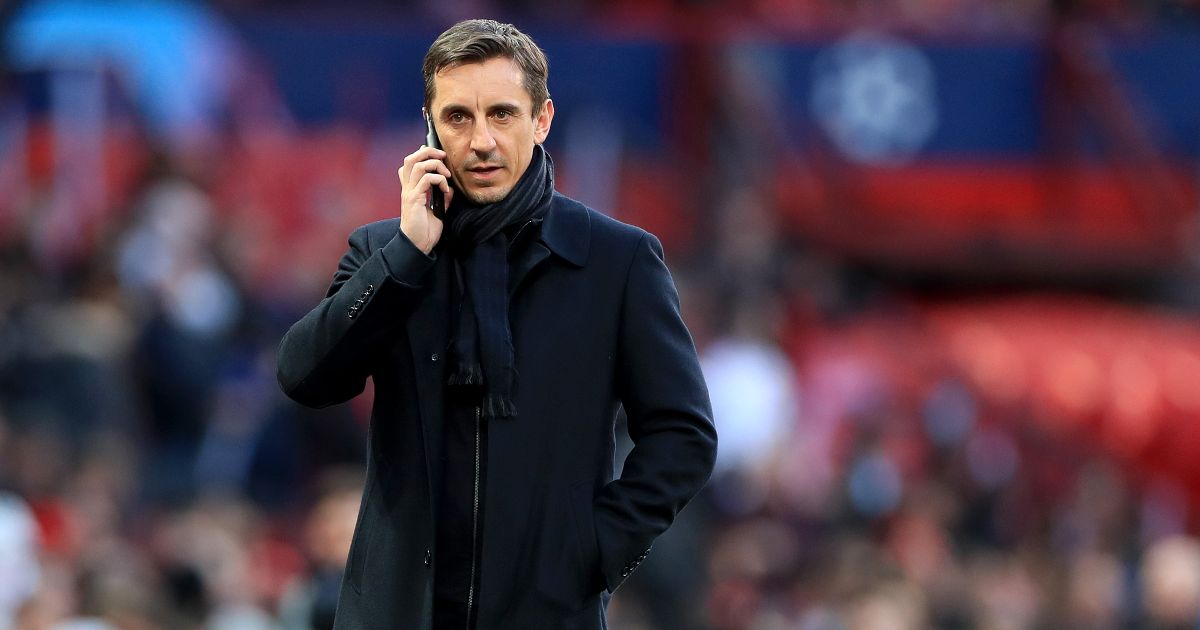 Gary Neville thinks Chelsea’s performance against Tottenham suggests Thomas Tuchel’s side are the team to beat this season in the Premier League.

It has been widely predicted that the title will be contested by Manchester City, Manchester United, Liverpool and Chelsea this season but it’s anyone’s guess as to who will actually win it.

At the moment Neville believes Chelsea have the edge over their rivals for the title with City lacking a striker and Liverpool not “the team of a few years ago”.

“This Chelsea team will challenge for the title. I can’t see any way they won’t,” Neville said on his own Sky Sports podcast.

“Of course, they can get injuries but look at the bench and forget the first-team. They seem to have everything.

“At this moment in time, I do believe Liverpool aren’t the team of a few years ago, even though they’re very good.

“City just haven’t got that striker, Manchester United are doing OK but they’re not the team of Chelsea.

Man City attempted to sign Harry Kane and Cristiano Ronaldo in the summer transfer market but failed to land a new striker.

But regardless of that, Neville had tipped City to win the title again this season after romping to the championship in 2020/21.

Neville said last month: “You’ve still got to go with Man City at this point because of what they’ve done over the last few years [regardless of what happens with Kane].