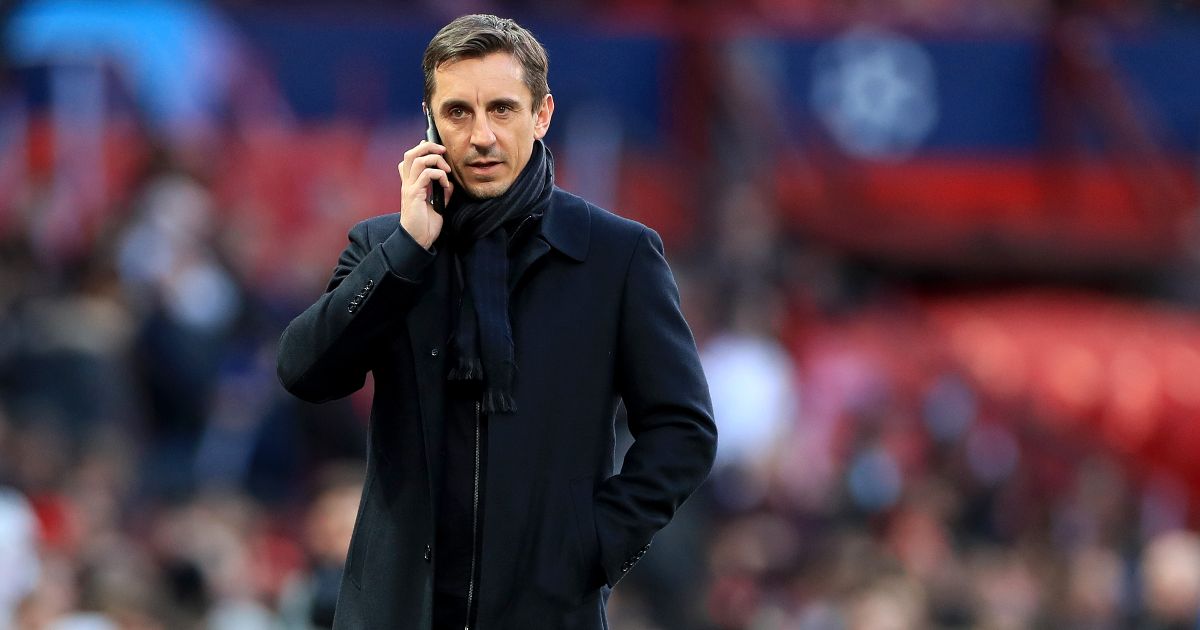 Gary Neville thinks the Man Utd board have been ‘indecisive’ and were ‘caught out’ by the club’s poor form which led to Ole Gunnar Solskjaer’s sacking.

The Red Devils’ 4-1 loss at newly-promoted Watford was their fifth defeat in seven Premier League matches with Solskjaer only leading the club to three victories in their last 11 fixtures.

And on Sunday morning Man Utd confirmed that Solskjaer had left the club with the club’s hierarchy now on the lookout for an interim manager to take the job until the end of the season.

When asked who should fill the interim role until the end of the season, Neville said on Sky Sports: “At the end of the day Ole’s just been sacked, I don’t think it’s right to say who the next manager of Manchester United should be.”

Asked whether the club have a plan in place, Neville responded: “They don’t have a plan for the next manager at this point in time because they wouldn’t be announcing they are appointing an interim manager until the end of the season or that Michael Carrick would be coming in now.

“We’ve seen managers losing their jobs in the last few weeks, Nuno and Dean Smith at Aston Villa, where there have been plans in place and ready-made replacements to come in. Manchester United haven’t got that plan.

“This is the third time now in the last eight years where a manager has been given a new long-term contract or extension and lost their job within a few months.

“So the planning hasn’t been great. I don’t really want to stick the knife in today to the club’s owners, to the club’s hierarchy but you have to ask serious questions. I’ve had enough of it to be honest with you. I’ve spoke to you about it over the last few years.

🗣 “If there was a world-class manager sat on the shelf ready to go, Ole would have been gone by now… Man Utd never would have appointed Antonio Conte”@GNev2 says Man Utd “don’t have a plan for the next manager” to replace Ole Gunnar Solskjaer. pic.twitter.com/NCZa1SZXTy

“I think the club is run on a business side ok but I think culturally, and from a point of view of football decision making, it leaves a lot to be desired.

“Before the international break they probably should’ve made the changes if they were going to make it. I can see why they were trying to crawl over the line because I think getting to the end of the season was the right plan – but yesterday it was quite clear that those players are not responding to the manager and the manager is not getting a tune out of the players.

“And when you can’t get a tune out of them and the results and performances are that bad you end up going.”