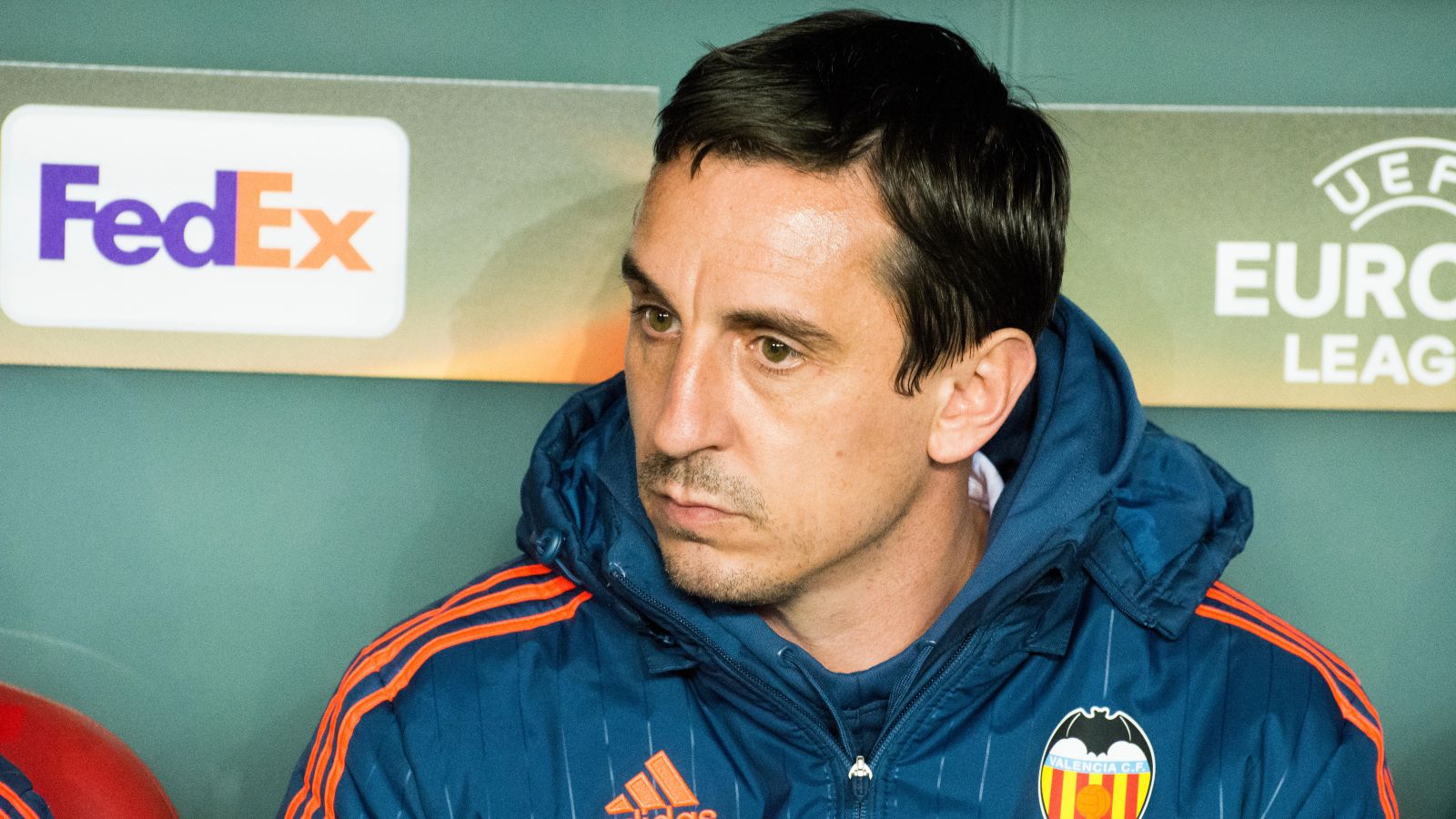 Gary Neville insists Man Utd ignored his recommendation that the Premier League club should sign Joao Cancelo while he was at Valencia.

The former Red Devils defender became manager of Valencia in December 2015 after his brother Phil had initially taken caretaker charge of the club.

There was much surprise to his appointment in Spain and England with Neville sacked in March 2016 after overseeing a disastrous spell at the Mestalla, winning just three of his 16 La Liga games in charge.

However, it seems Neville had a good eye for talent during his time in Spain with the Man Utd legend picking out right-back Cancelo as a star of the future.

Cancelo ended up moving to Serie A side Juventus for €40m in June 2018 before Man City bought him for £60m just a year later.

And Neville revealed in a live stream on Instagram that he told Man Utd to sign Cancelo during his time at Valencia but the Premier League club never acted on his advice.

On Cancelo, Neville said : “He’s unbelievable, he’s brilliant. I think Cancelo is a brilliant full-back. I never had any doubts when I was at Valencia for those four months that he was going to be a top player.

“I literally told United about him. I said, ‘Honestly this boy is someone special you’ve got to look at getting him.’

“And then he went to Juventus to be fair, [Valencia] sold him for £40million to Juventus, and then obviously City bought him for £60m. He went to Inter Milan [on loan] as well.

“He had two big moves, he’s got massive experience now, he’s got great courage on the ball, left and right foot, brilliant player.”

Neville has hinted in the past that he told Man Utd to sign Cancelo before his explicit admission yesterday.

Speaking last year, the former Man Utd right-back said: “I had him as a very young player at Valencia but you could just see he was an exceptional talent.

“I made calls back to England, you could imagine to which club I’m talking about, [saying], ‘If you’d ever take a young player, he’s one you’d take’.”