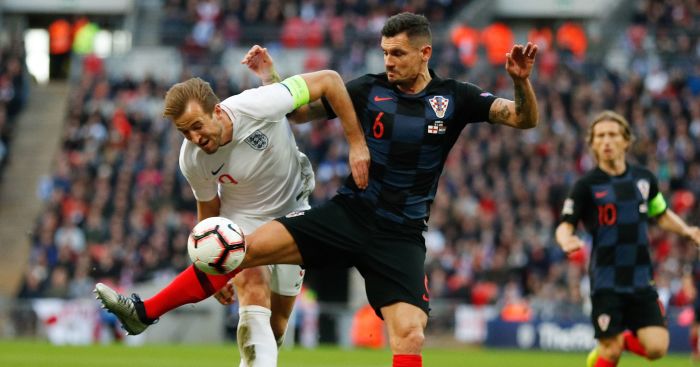 Gary Neville thinks Liverpool defender Dejan Lovren is a “top centre-half” on his day thanks to his confidence in himself.

Lovren has been outspoken recently in a war of words with Sergio Ramos, while he has also claimed to be ‘one of the best defenders in the world‘.

The Croatia international has sometimes struggled to win the fans over at Anfield since his £20million move from Southampton in 2014 – but he has improved in the last season or so.

He got to the Champions League final with Liverpool, while he was also a losing finalist with Croatia in the World Cup.

And Neville, who was one of the pundits on Sky Sports for the coverage of England’s crucial clash with Croatia, thinks that Lovren is getting back to the form he showed at Southampton.

“He was a little bit gobby in the World Cup wasn’t he,” Neville said ahead of the match.

“I have to say that for me with Lovren, when he was at Southampton I absolutely loved him.

“And when Liverpool signed him it didn’t surprise me at all. I think it took him time to settle in.

“I think now he actually seems to be getting better again. He’s passionate about playing for his country.

“I did think that he and (Domagoj) Vida at the World Cup would struggle, I thought he would give them more problems.

“But they did quite well in the game in the end. He’s confident in himself, he’s got a lot of belief. To be fair, when he’s at his best he’s a top centre-half.”