Home All The News Neville: Rice shouldn’t be allowed to play for England 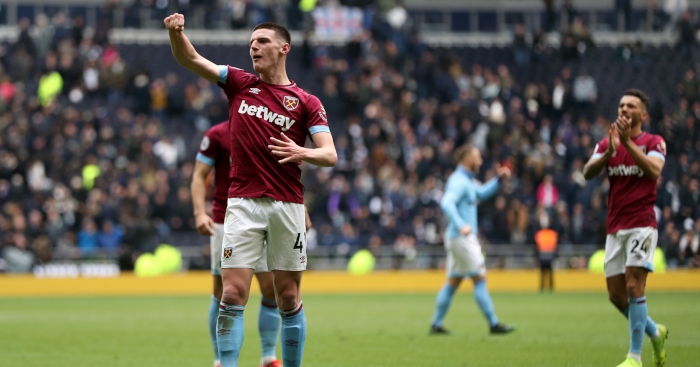 Gary Neville doesn’t think Declan Rice should be able to play for England after representing the Republic of Ireland at senior level.

The 20-year-old appeared for the Republic of Ireland’s youth teams and won three senior caps, but FIFA ratified his switch in March to England as those three appearances came in friendlies.

Neville told The Sun: “I’ve heard he’s a really good lad, I just think that ultimately a player should not be allowed to play for his country’s senior team and then switch.

“It doesn’t feel right to me. It’s a really strange thing to see and ultimately FIFA and UEFA need to stop it.

“There have been players who’ve asked for interviews and meetings with the national team manager. Why?

“Why is that influencing your decision, do you want some level of guarantee about play?

“Country is about an emotion, it’s about a feeling and that might be England, it might be Ireland, it might be Wales, whatever country you play for I’ve no problem with the process of players picking who they want to play for.

“I’ve issue with this sort of beauty parade to determine which country they play for. It should be taken out of the players’ hands.”