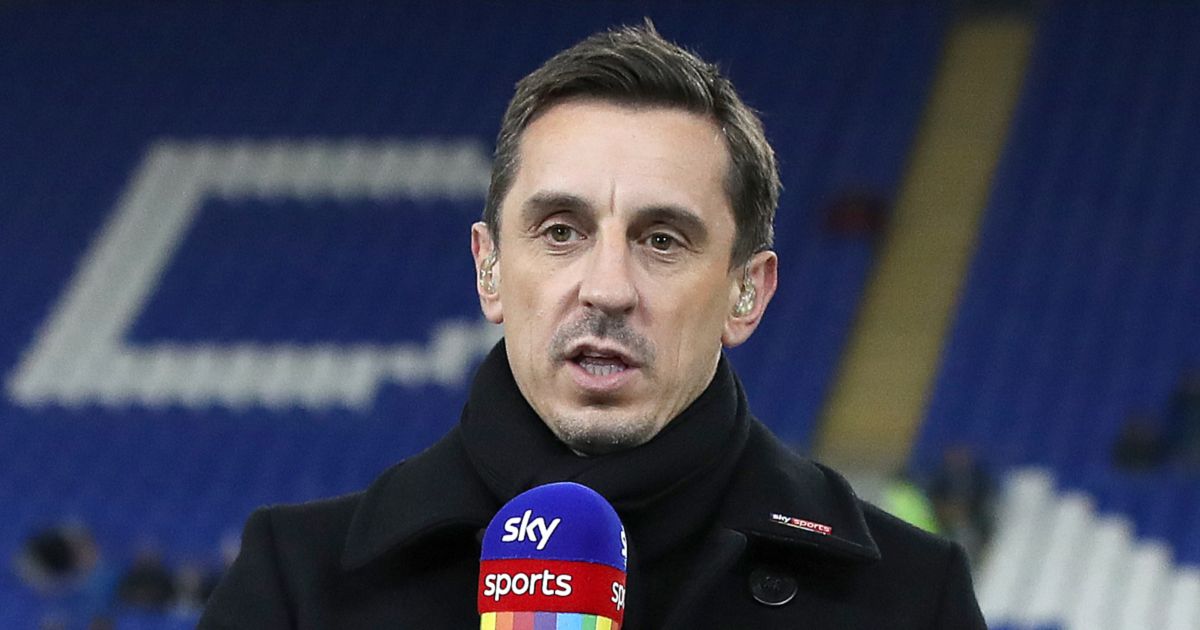 Romelu Lukaku opened the scoring after 15 minutes, Tyrone Mings gifted Mateo Kovacic the ball to double Chelsea’s advantage after half-time and Lukaku scored his second in injury time to round off what looked a comfortable win on paper.

But in reality, Villa gave as good as they got for the majority of the game at Stamford Bridge, with Edouard Mendy pulling off a number of good saves to keep a clean sheet.

MAILBOX: Is a free-flowing game worth the cost of injuries like Harvey Elliott’s?

Despite Chelsea’s unconvincing display, Neville insists Tuchel’s side will be “difficult to stop” this season.

“I went home from Salford City to watch the Chelsea vs Villa game and Villa played well, they are a decent side,” Neville told Sky Sports.

“But Chelsea are robotic, methodical…

“When they scored that first goal with Lukaku I just thought ‘it is ominous’.

“There is a feeling about Chelsea…clean sheets, the striker is scoring guaranteed, the players behind them and the midfield.

“They are going to be difficult to stop.

“The talk will all be about Pep Guardiola, Manchester City and Cristiano Ronaldo and Manchester United.

“But Chelsea, everybody knows they are serious, it was a real performance.”

Lukaku scored a brace from two chances on the day and now has three goals in three on his return to Stamford Bridge.

The Blues signed him for £98million from Inter Milan this summer, after a brilliant spell of goalscoring in Serie A followed a frustrating spell at Manchester United.

And Graeme Souness claims United will be made to regret letting the Belgian leave.

“He seemed unhappy when he was there, and he’s come back a happy man. He definitely is a key man. Goals change games. If you have someone who can nick goals then all of a sudden you’re a different team.

“He hasn’t got a weakness. I’m not saying he’s brilliant at everything but he’s got no obvious weakness. If you’re playing against him and you’re a centre-back you’re not going to enjoy it.