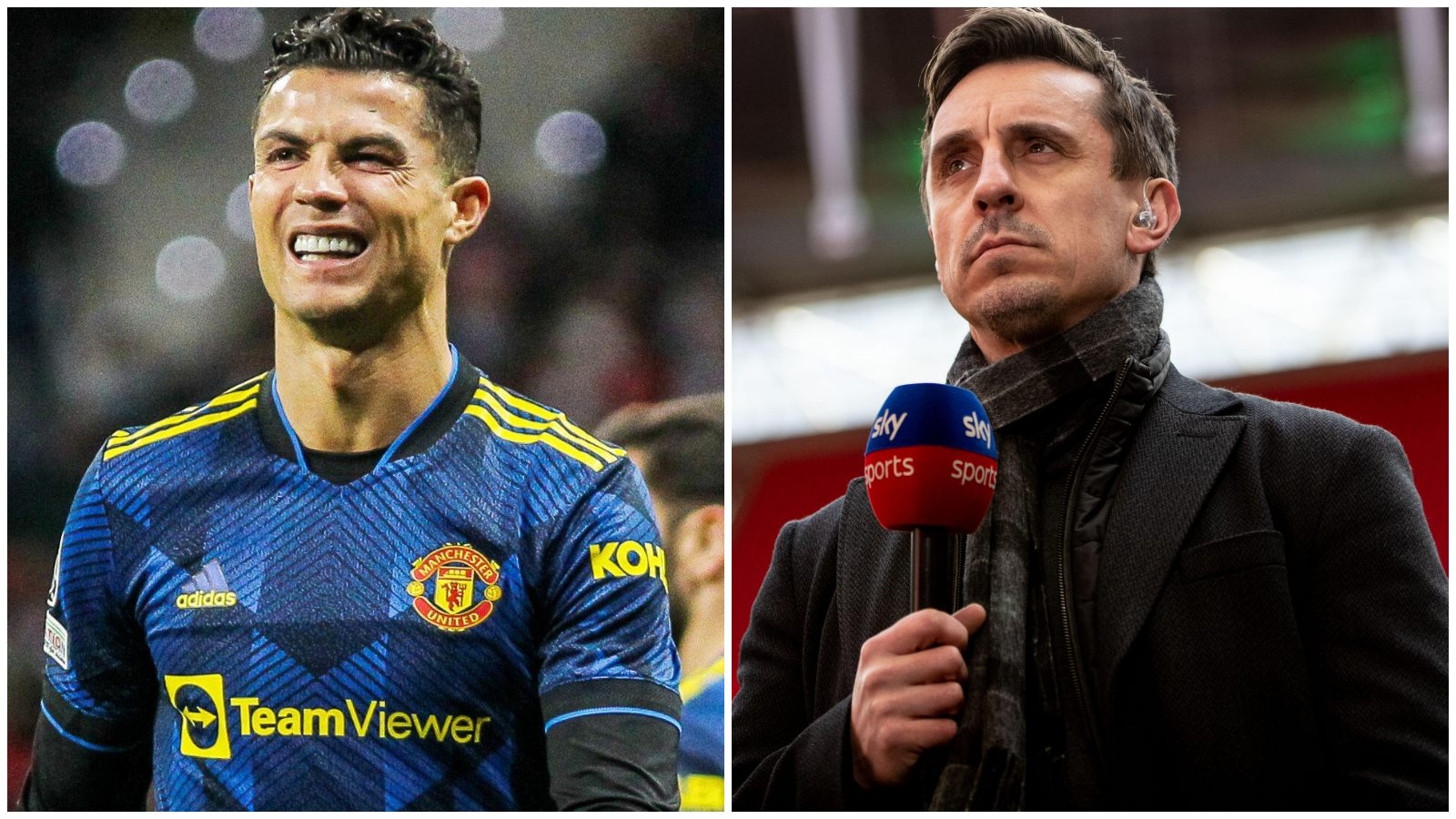 Gary Neville claims Manchester United will “finish in the bottom half” of the Premier League if they lose Cristiano Ronaldo and fail to bring in quality players before the end of the transfer window.

Manchester United are yet to pick up a point in the Premier League this season as they were humbled 4-0 by Brentford on Saturday having lost to Brighton on the opening day.

Few at United have been spared cirticism, with drastic change required at Old Trafford.

And Neville claims this United are a “bottom half of the table team” after they went “back to default” after a promising preseason under Erik ten Hag.

“Before these two results, I said the best thing to do is facilitate a move for Cristiano and for the club, because he’s obviously not happy and the club are not happy with him.

“The problem is now that if they lose him then there’s nothing left in terms of goal-scoring.

“That’s a massive statement and could look stupid at the end of the season.

“They’re absolutely demoralised and shot to pieces, I think it’s really bad in there. Ten Hag in pre-season had got them to a really confident level, but basically they’ve gone back to default and the old things have come back.”

Neville also rated the signings at Manchester United since the summer of 2013, when Sir Alex Ferguson retired.

The former United full-back claims just two of the 33 players bought in that time were ‘green’ signings as his traffic light system saw 24 players condemned to the red category.

According to Neville, only Bruno Fernandes and Zlatan Ibrahimovic were true transfer successes.

Interesting breakdown of #mufc’s recruitment hit-rate post-2013 from Neville. Would’ve had Mata and Fellaini in amber and Shaw and Maguire in red. Even the greens: Ibrahimovic’s second season was a disaster and Fernandes has been dire for nearly a year pic.twitter.com/fOnF7oI44s