Home Everton Neville: Rooney would ‘jump at the chance’ to manage Everton 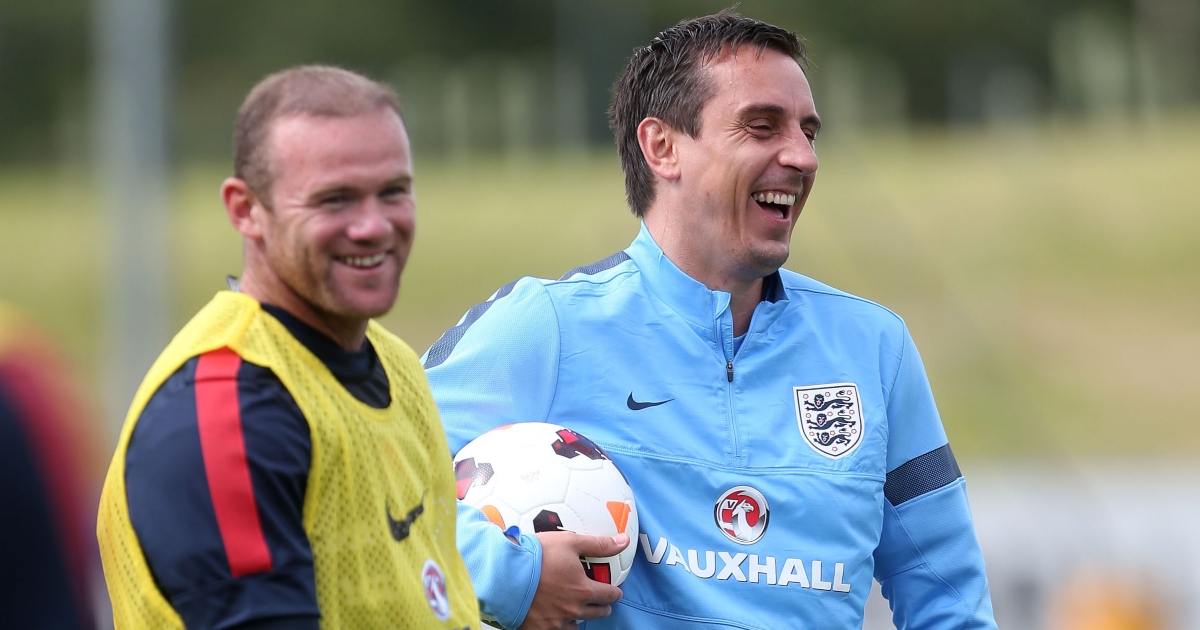 The Toffees are on the search for a new manager after they sacked Rafael Benitez earlier this month.

Numerous names have been linked with the job, including Rooney, ex-Everton boss Roberto Martinez and most recently, Vitor Pereira.

Last week, Rooney admitted that he is “flattered” by the links, but insists there has been no contact from the Merseyside club.

He said: “I’m the same as everyone else, I see the speculation on social media and in the newspapers. Of course Everton is a club I grew up supporting.

“I’m flattered to get brought up in those conversations, but I know Everton know that to have any communication with me they have to go through the administrators.”

However, Rooney’s former Manchester United team-mate Neville believes the Derby manager would not hesitate to leave the Rams for Everton if he is offered the job at Goodison Park.

“He wouldn’t ring me up to ask for advice for that because I think he’d jumped at the chance, obviously,” Neville said on The Gary Neville Podcast (quotes via Football League World).

“Wayne Rooney being asked to be Everton manager, growing up as a fan [and] a kid there, going back at the end of his career, I don’t think it’d take five minutes for him to go back.

“Whether that’ll be right for him now or not, whether it’d work or not, I don’t know.”

Meanwhile, Gabby Agbonlahor thinks Everton caretaker boss Duncan Ferguson will be “worried” by their slide towards the relegation zone after losing 1-0 at home to Aston Villa.

The loss against Villa means the Toffees are now only four points above the relegation zone but Agbonlahor thinks “they’ve got enough for me to stay up”.

“They need a win as soon as possible, their next game, they need three points.”