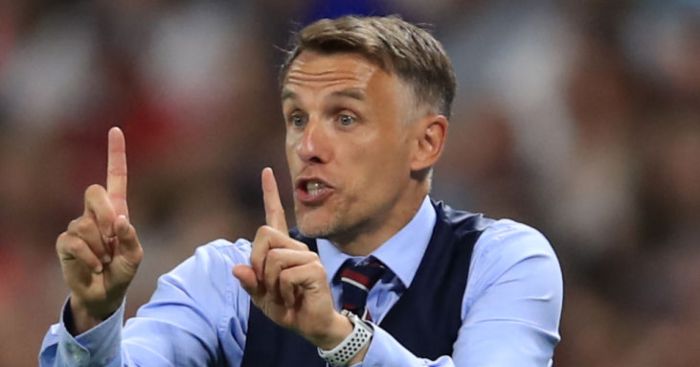 The Lionesses take on the Swedes for bronze at Nice’s Allianz Riviera on Saturday.

When asked at his pre-match press conference about his likely approach to selection for the game, Neville said: “It is full squad, strongest team. Obviously we can’t play Millie Bright because she is suspended, but we want to win this game.

“I want to send a message to my players that this game is important. We do have certain positions that we will need to freshen up in, but my players know, they are no illusions – this game is one we want to win.

“We want to go away from this World Cup with something to show for the hard work we have put in. Also, six wins, one defeat sounds better than five wins and two defeats.

“I want to be laying on a sunbed next week happy that we have finished the tournament well and not finish on two defeats. So we’re picking the strongest team to win, the players I feel will have enough to beat the Swedish team.”