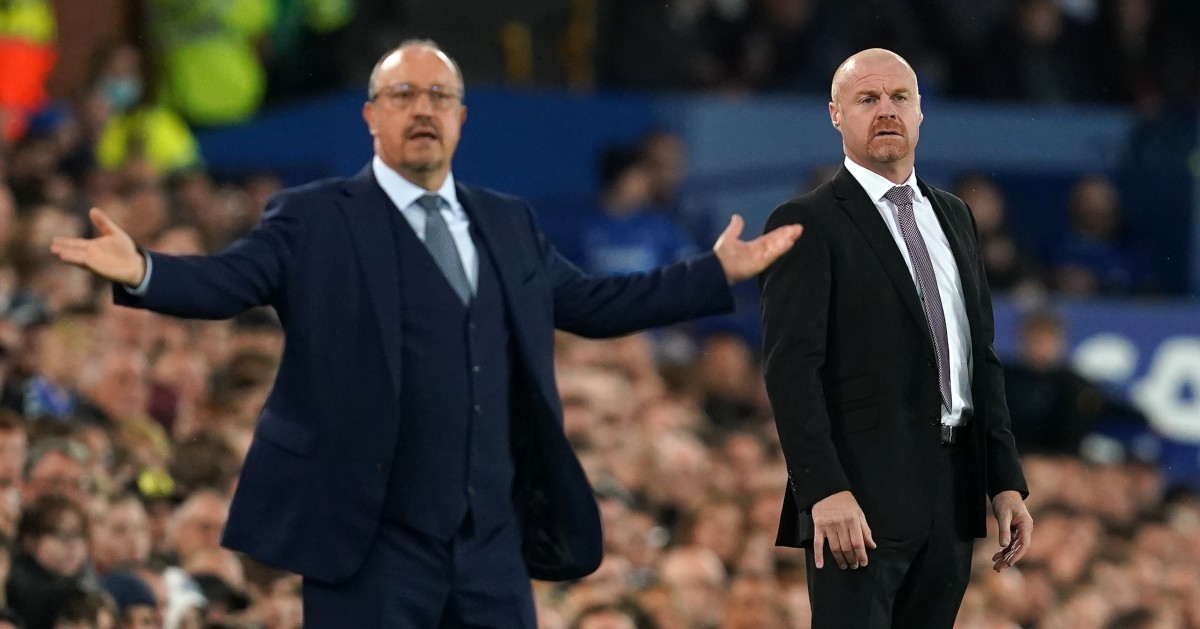 Everton came from behind to beat Burnley 3-1 at Goodison Park on Monday and maintain their unbeaten start to the Premier League season.

But as is tradition, post-match focus turned to the physicality employed by Burnley and two tackles in particular, both on Brazil international Richarlison.

Sky Sports pundit Neville felt that Josh Brownhill’s challenge from behind echoed the Pascal Struijk tackle that injured Harvey Elliott on Sunday, while Tarkowski’s lunge – not even given as a free-kick – was a possible red.

“There were a couple of challenges tonight. They were both very different,” Neville told Monday Night Football.

“The first one in the first half is Brownhill on Richarlison and this is an absolute mirror of the tackle on Harvey Elliott yesterday. Absolute mirror. There is nothing different to it. It’s exactly the same.

Neville then moved on to the rough Tarkowski tackle which left Richarlison rolling in pain on the touchline.

Have said this before but I don't understand why absolutely steaming into someone who has a football at their feet and therefore has no recourse to self-defence is considered the work of a "hard man." It's like punching someone in the back of the head and running off. https://t.co/1wlUxSpvWE

“This is a tackle that I think, if the referees are going back to Stockley Park tomorrow and assessing the lighter touch in the game, the physicality in the game – the first one I think you could say yeah, maybe yellow, maybe not, I don’t think anybody would get too much of their knickers in a twist over it – I don’t think that one there that we’ve just seen has got a place.

“That, to me, tonight, not being a yellow card just made me think a little bit. Let’s not get carried away – the refereeing has been brilliant, I’ve loved it, I’m with Sean Dyche in that the game is in a better place. But that challenge cannot be encouraged by not being booked.”