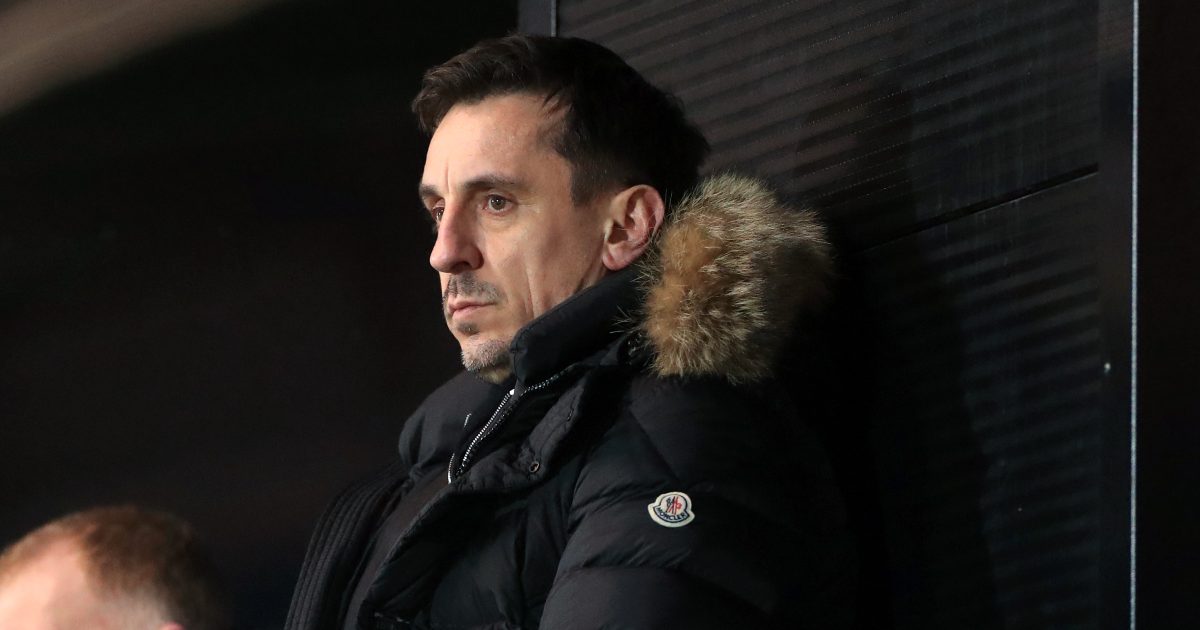 Gary Neville has doubled down on his criticism of the Glazers at Manchester United on Monday Night Football.

The pundit went on an extraordinary rant during Man United’s game against Burnley when news emerged of the European Super League.

Neville claimed that the Premier League ‘big six’ should be docked points for their involvement in the new “super” league.

FEATURE: Big Six can f*** off to European Super Jerk Off League now

As cited by Manchester Evening News, the United legend has continued his criticism of the proposals, and the Glazer family in particular, on Monday Night Football:

“I said yesterday that I thought it was a criminal act,” Neville said. “I was half hoping, I went to bed about 10:15 last night, so I didn’t see the statement when it came. I was half hoping that they were going to, off the backlash, the media reaction, the immediate fan reaction was awful towards it, I was hoping they would re-think it.

“When I woke up, I saw the statement and it had Joel Glazer’s name on it, I thought: ‘This is a problem, big problem’.

“He doesn’t put his name on anything, that man. He’s intelligent, he knows what he wants and he’s parked his weasels and he’s come out. This is serious, he’s not backing down, he’s going to try and push this through.

“Once he puts his name on it, he’s going to try and force this through. They’ve been through hell at Manchester United in the early years. They don’t care, and when I saw his name on it, I was really worried.

“I’m enthused by the reaction of the Government, by royalty, by the whole of football, by the fans, but if they get this through, if they push this through and these owners have pushed difficult things through for their clubs in the past, it will change football in this country forever, forever, and we have to now mobilise, organise.

“This is an attack on everything that’s been important in this country, football has helped in the last 10 months in the midst of pandemic, more than ever, to keep people going, and they’re trying to take it away from us.

“I feel slightly complicit, I stayed pretty quiet in terms of the Glazer family over the years, I stayed quiet because when the club were taken over as a PLC, that you know it could be bought and it was out of the control of everybody, a completely different market, generally in life and I always thought: ‘What’s the answer to the Glazers? Who takes them out, Russia, China, state money, for the two or three billion quid it would need?’

“I’ve stayed quiet on the basis that it’s still Man United, I can still watch the lads play, I can be happy and I can be sad, I’m still watching football in this country. If they take dividends out, alright, it’s dividends, I can live with it slightly.

“We have got to come together now, it might be too late. There will be people at Man United, fans that were arguing 15 years ago that will say it’s too late, but it’s never too late. We have got to stop this. It is absolutely critical we do.”