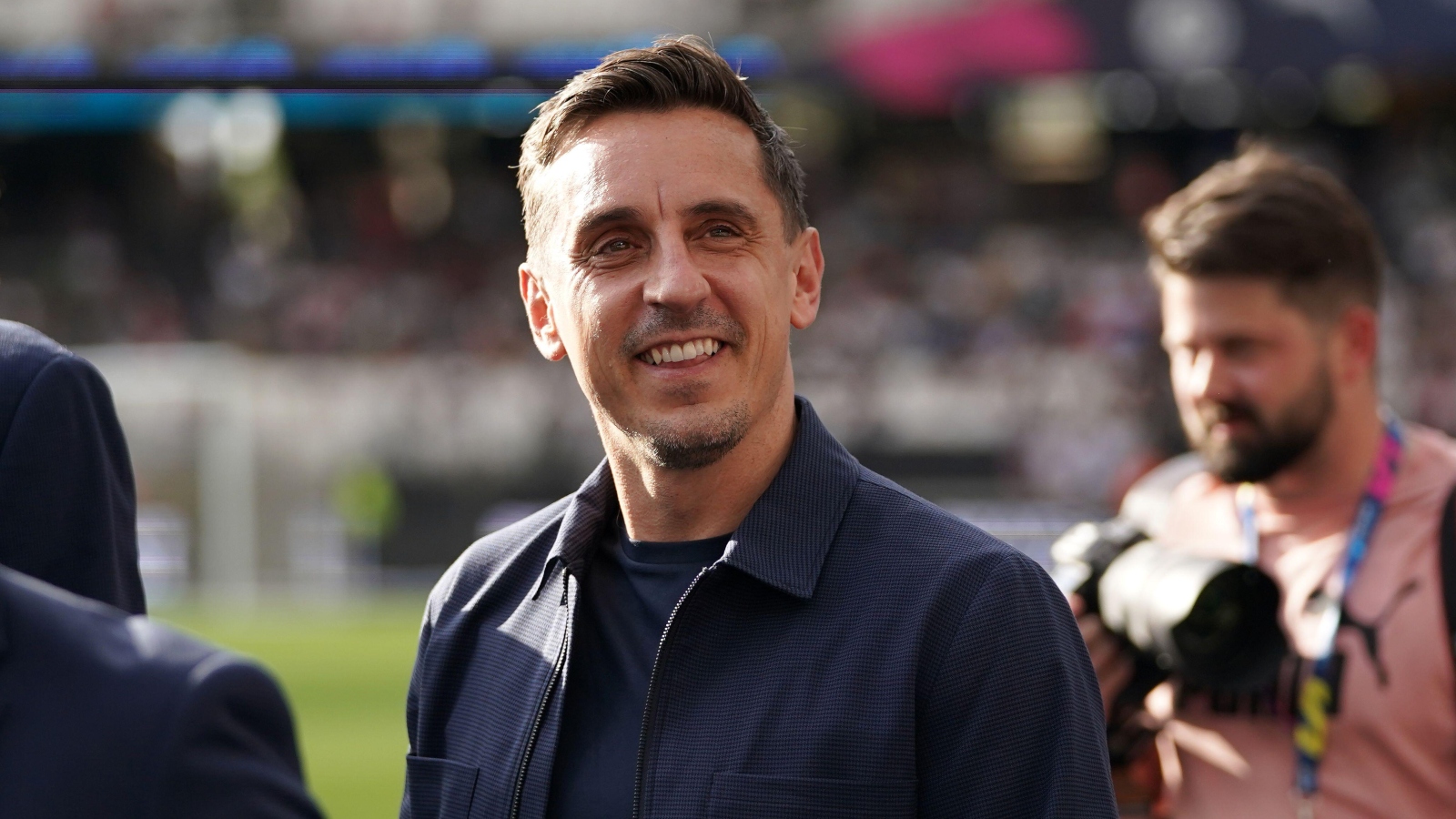 Gary Neville was not surprised to see FIFA’s short-notice threats to England if they wore the OneLove armband in their World Cup opener against Iran.

Neville was highly critical of FIFA, who he says are a “rogue organisation” not a “great face for world football”.

The captains of seven different European nations were planning on wearing the OneLove armbands to protest against Qatar’s laws against homosexuality, but they all backed down after FIFA revealed on the eve of the tournament that they would be shown yellow cards for doing so.

In an interview with ITV Sport, FA chief executive Mark Bullingham said the disciplinary action the team could have faced from FIFA for wearing the armband was “unlimited”.

Bullingham told ITV Sport: “It’s very important to understand what happened here. We have been clear that we wanted to wear it and we were committed.

“We announced that we would do that in September, we had a lot of meetings with FIFA over that period and on Saturday before the game we felt we’d reached an understanding where we would wear it. We hadn’t got permission but we would face a fine for it.

“Unfortunately then on the day of the game they gave us 10 minutes’ notice – two hours before we were due to go to the game… they came here with five officials and they ran us through a scenario where at a minimum anyone wearing the armband would be booked and face disciplinary action on top of that.

“It was unlimited. They would take disciplinary action against any player that was wearing the armband on top of having a yellow card.”

Bullingham said the FA took that to mean players could face bans from further games if the bands were worn, not just a yellow card.

After viewing the footage, Neville was asked his thoughts, and tore into FIFA, but did note that England captain Harry Kane should have followed through and worn the armband.

“It’s what I expected the FA would say,” Neville said on ITV before England’s World Cup match against the United States.

“It doesn’t surprise me FIFA have acted like that, they’re a rogue organisation who I think in this particular tournament we have probably seen them at their worst, they don’t need to be that way, they represent world football, I don’t think they’re a great face for world football, what’s an armband going to do, really, to harm FIFA?

“I accept the fact that ultimately they’ve got rules and laws against political protests, players can’t pull their shirts up.

“The reality is, I think they should have seen it through because they’d spoken so much about it and they backed themselves into a corner.

“They also have a situation whereby football players are being asked a lot of nowadays, we’ve got players in our dressing room like (Marcus) Rashford who fought political battles and won.

“We’ve got Raheem Sterling who spoke out four or five years ago on racism.

“But it always seems to be football players who are asked to put themselves in the forefront, but every other sector in the country that has a relationship with the Middle East or parts of the world where it’s illegal to be gay, they are okay to just carry on doing what they’re doing.

“So, I’m proud of them lads that play for England. They’re a great bunch. They’ve done more for English football and for England in the last four, five years than most.

“However, I think they probably should have seen it through because they backed themselves into a corner. Once you say you’re going to do something, you follow through with it.”