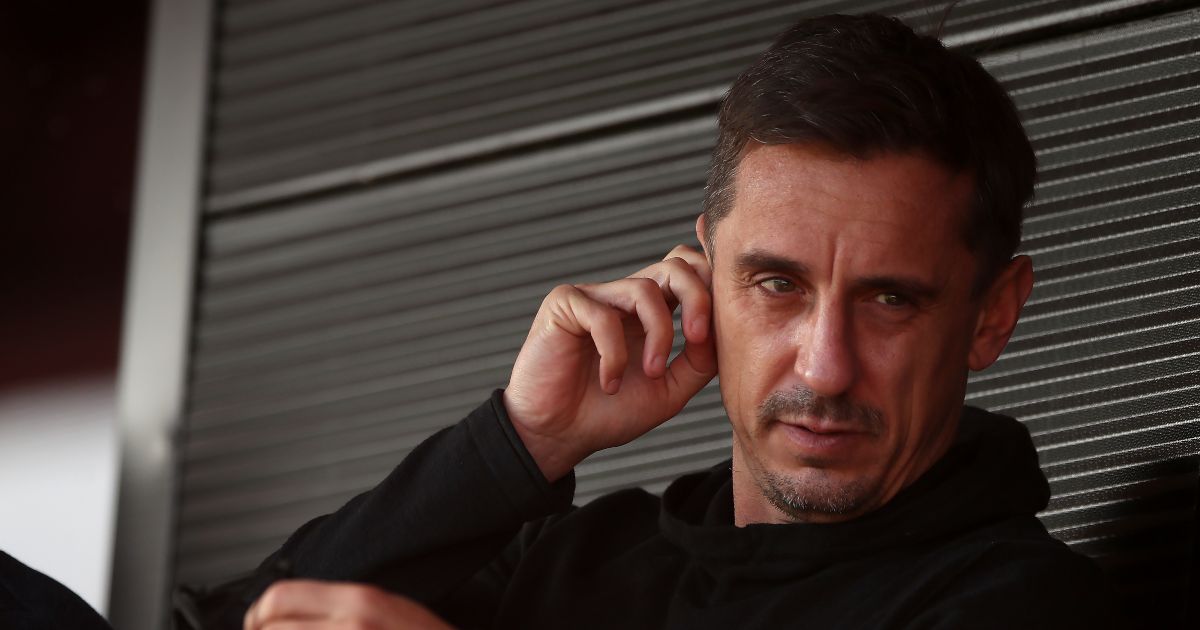 Gary Neville has urged Gareth Southgate to switch up his team and his formation for England’s last 16 tie against Germany on Tuesday.

Southgate’s side comfortably came out on top of Group D after a 1-0 win over Czech Republic on Tuesday, meaning they kept three clean sheets in their group games.

Topping the group has seen England placed in the favourable side of the draw, but they face a tough test in their first knockout game against Germany.

READ MORE: The statistics that point to England starting XI

Joachim Low’s side sneeked through Group F after a whirlwind evening which eventually saw them draw 2-2 with Hungary and finish as runners up to France.

It’s been an odd tournament thus far for Germany, who struggled against both France and Hungary but put in a stunning display to beat reigning champions Portugal 4-2, with their wing-backs causing havoc.

And that game is clearly playing on Neville’s mind.

He believes Southgate should mimic Germany’s formation and switch to 3-4-3, which would see Reece James recalled and Kyle Walker moving into a more central role.

Neville would persist with Kalvin Phillips and Declan Rice in midfield, with Bukayo Saka keeping his place on the right wing, along with Harry Kane and Raheem Sterling.

‘Wing backs to match up and engage Germany’s,’ Neville wrote on Twitter. ‘Saka and Sterling left higher in channels vs Germany wide centre backs. Rice and Philips onto Kroos and Gundogan.’

It would mean no place for Aston Villa star Jack Grealish, who impressed and set up Sterling’s winner against Czech Republic last time out.

Mason Mount would also miss out, with the Chelsea star currently in self-isolation – along with Ben Chilwell – and only allowed to train with the rest of the squad on the day of the Germnay game.