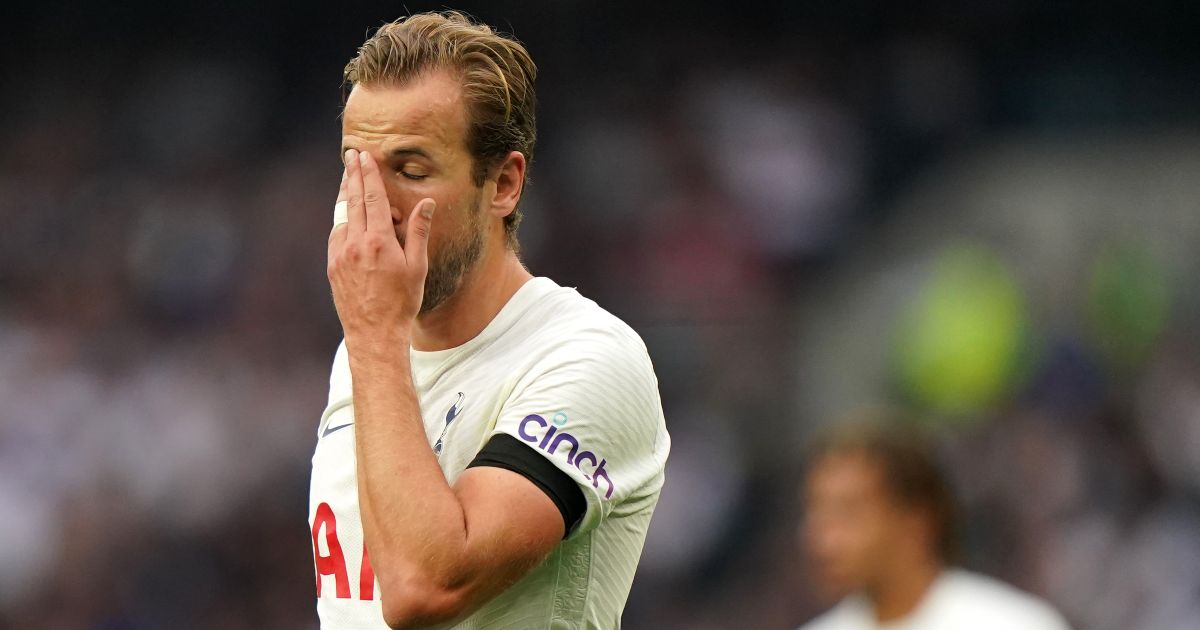 Gary Neville claims “alarm bells” will be ringing at Tottenham after Harry Kane looked “despondent” in their 3-0 loss to Chelsea on Sunday.

Kane – who was heavily linked with Manchester City – was unable to force through a move during the summer and eventually decided to stay at Spurs towards the end of the transfer window.

The England international has yet to score in the Premier League this season, appearing in four of their five matches so far.

And Neville thought he cut a “despondent” figure as Chelsea produced a clinical second-half performance to down Tottenham on Sunday.

Neville told Sky Sports: “When Manchester City drew with Southampton, the talk resurfaced about them not signing Harry Kane. He’s playing for Tottenham and he loves this club, but just being on the left on Sunday, I was thinking in the first half, ‘if this doesn’t work, it won’t go down too well’.

“As soon as Chelsea went 2-0 up, I was watching and thinking he wouldn’t be hanging out on the left for much longer. Nuno switched it straight away but when he did go central, nothing happened. He didn’t get more involved in the game.

“They are difficult circumstances in the sense that he did want to further his career and win trophies. Kane chose this summer to publicise the fact that he wanted to leave, and to go and win trophies but Daniel Levy and Tottenham decided to keep him which is their right as he’s under contract.

“But it’s never easy when a player wants to leave your club and everyone in the ground and in the dressing room knows that he wants to leave. Things aren’t going well.

“We had the stat at Crystal Palace where he’d played his first 90 minutes without a touch in the opposition box or a shot on target. Little things like that start to ring before the game.

“There were alarm bells and now there will be further questions as he looked despondent towards the end. He was playing against a very good team and he’s been part of a Tottenham team in this situation for a number of years.

“At this moment in time, I still don’t believe Liverpool are the same team of a couple of seasons ago even though they’re very good, Man City just haven’t got the striker and Manchester United are doing OK but they’re not the same as Chelsea. United struggled to beat West Ham.”