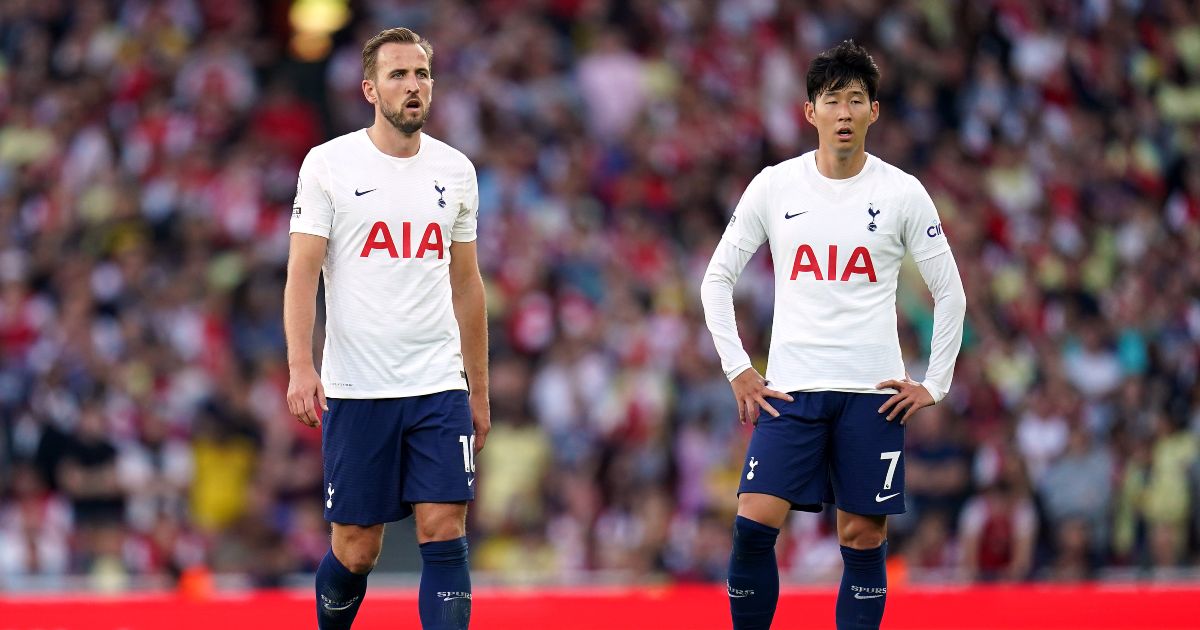 Gary Neville thinks Harry Kane is unhappy and “just not himself” after Spurs were soundly beaten 3-1 by Arsenal in the north London derby on Sunday.

Emile Smith Rowe, Pierre-Emerick Aubameyang and Bukayo Saka scored a goal each in the first half to give the Gunners a huge lead at the interval.

Son did get a goal back late in the game and Aaron Ramsdale pulled off a great save near the end – but Tottenham didn’t deserve anything from the game.

Kane – who tried to force a move to Manchster City in the summer – was at fault for the Gunners’ third goal, while he nudged a great chance wide in the second half, and Neville thinks the England captain and Son Heung-min looked off the pace.

“He doesn’t look happy,” Neville said on Sky Sports. “The balls played up to him were long punts, (but) Harry doesn’t look himself in terms of his body language.

“He looks like he’s still carrying over the situation from the summer. (But) he could’ve still had two or three goals today and a penalty. There’s still a contribution, but he’s just not himself.

“Neither is Son (looking happy), I’m not just singling out Kane. Son and Kane look like they’ve had their balloons burst at a party as a kid. That’s what it looks like.”

🗣”There’s something obviously not right with him at the moment. He doesn’t look happy at all.”

Fellow pundit Graeme Souness added: “They’re two big players for Spurs. They have to make the difference when things are going bad. If it’s not them, who are they going to rely on?

“They look like a sorry group of players who feel sorry for themselves. It’s time for the good senior pros, it’s time for Harry Kane and whoever else may deem themselves a big player, they have to stand up and be counted.”

Former Spurs defender Ledley King insists he is not “worried” about Kane’s form as the 29-year-old’s attitude is always spot on.

King said: “I’m never worried about Harry in terms of his form, ever. I know his mentality is to get better and better every day and to be the best player he can be.

“He’s always going to score goals because he cares. But there’s no doubt he’s out of shape at the moment, out of form. When he’s not playing well, we struggle.”