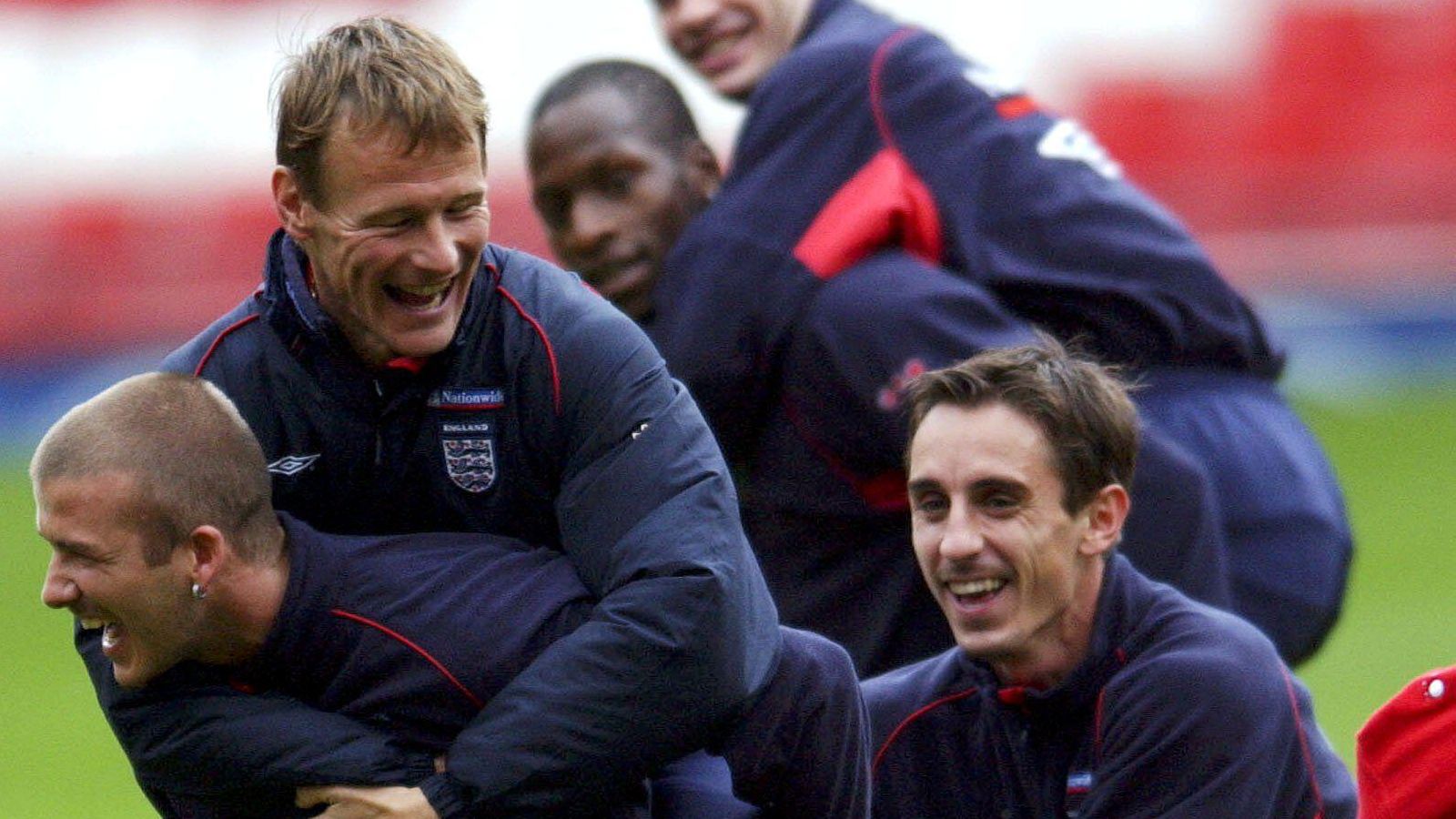 Teddy Sheringham and Gary Neville do not think Tottenham Hotspur boss Antonio Conte would have been a good fit for Manchester United.

Neville has consistently argued over the past few months Conte is not right for Man Utd.

The former Chelsea boss replaced Nuno Espirito Santo at Tottenham towards the end of last year.

Conte has done a great job as he has helped Tottenham become the frontrunners to finish fourth in the Premier League. A point against Norwich City on Sunday would clinch fourth place.

Instead of appointing Conte, Man Utd brought in Ralf Rangnick to take over from Ole Gunnar Solskajer until the end of the season.

It has since been confirmed that Erik ten Hag will become their new permanent boss this summer.

Ex-Tottenham boss Mauricio Pochettino was linked with the vacancy but United opted to appoint Ten Hag, who has just lifted the Eredivisie title for the third time.

Sheringham believes Pochettino would have been “absolutely perfect” for Man Utd:

“[Conte] is the perfect fit for Tottenham,” Sheringham said (quotes via The Daily Mail).

“The fans love him, you could see the way they are singing his name the other night [in the 1-0 win against Burnley]. I hope he sees it that way.

“The discipline, 100 per cent commitment he shows Tottenham, the desire in his make-up. Everything is exactly what the Spurs players need at the moment.

“Just because you are a good manager does not mean you are going to be the perfect fit for a particular club.”

Sheringham has also argued that Tottenham do not need Gareth Bale. The Welshman is out of contract this summer and he is set to leave Real Madrid.

“He’s come back twice, I don’t know where Gareth Bale’s head is at the moment. He obviously likes playing for Wales, there’s problems at Real Madrid.

“I’d just love to see him playing football again on a regular basis.

“I don’t think he would play regularly at Spurs. When you look at their forward line and the players that are on the sub bench as well.”