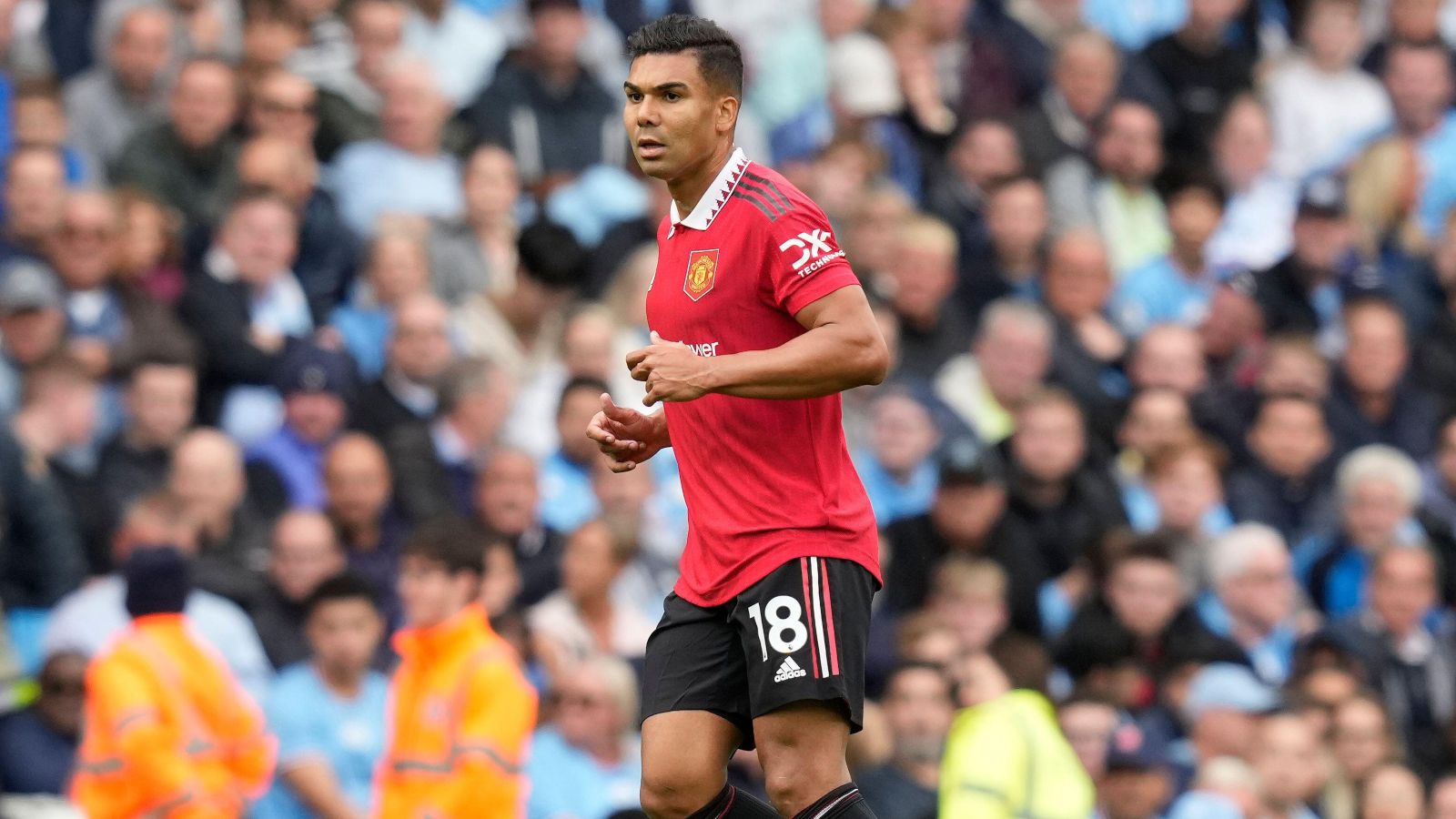 Gary Neville doesn’t think Man Utd boss Erik ten Hag should be criticised for not starting Casemiro in their 6-3 defeat to Man City.

The Brazilian was left on the bench until 31 minutes from time when he replaced Scott McTominay, who started alongside Christian Eriksen in midfield.

Casemiro, who signed for the Red Devils in the summer for £70m from Real Madrid, has yet to start a Premier League match for Man Utd with his only start in any competition coming against Real Sociedad in the Europa League.

The decision to leave Casemiro on the bench was criticised by Rio Ferdinand and others on Sunday with McTominay and Eriksen dominated all match.

When asked whether comments that Casemiro shouldn’t have started instead of McTominay were fair given the Brazilian’s form for Man Utd, Ferdinand replied: “You can’t say that.

“He ain’t been given a start in the team when he’s fit and ready, he’s regressed in terms of fitness, so he’s now worse off than when he came. He still had to get up to speed when he came from that league to this league.

“I wonder the impact it’s having on someone like him. Yes he’s experience and whatnot, but he must be sitting there thinking, ‘wow, I’m happy to be here at Man United but I’m feeling a little bit disrespected here, given what I’ve done’. I’d be surprised if he’s not feeling like that.”

But Neville doesn’t feel like Ten Hag made a mistake by leaving out Casemiro with multiple “unforced errors” costing Man Utd dear.

Speaking on his Sky Sports podcast, Neville said: “I don’t think if you come in off this game you’re analysing Manchester United’s performance you should be saying ‘why wasn’t Casemiro starting alongside McTominay – that’s a really big mistake from Erik ten Hag’, I don’t feel that at all sat here.

“I feel the players he put out on that pitch have been confident together and I know there’s been the disruption of the international and the Queen passing – which isn’t helpful when the team are on a good run but all the teams have had to cope with that.

“It was the unforced errors, anxiety on the ball, lack of composure. I’m not talking about players in defensive positions who are being pressed, I’m talking about the midfield players and the forwards; [Marcus] Rashford, Eriksen, [Bruno] Fernandes, McTominay – I could name more – they were all giving it away first-half unnecessarily.

“It just brings further negative vibes throughout the team when your best players aren’t keeping the ball well, they should’ve been better, forcing it far too early.

“It was almost like when they get it ‘we’ve got counter-attack we’ve got to put it behind City’ but to do that you’ve got to play those two or three passes through midfield to set it up.

“You can’t just think you can play one pass, knock it over the top – even if they’re not City’s best centre-backs – they read that, it became really simple for City’s defenders to cope with it.”