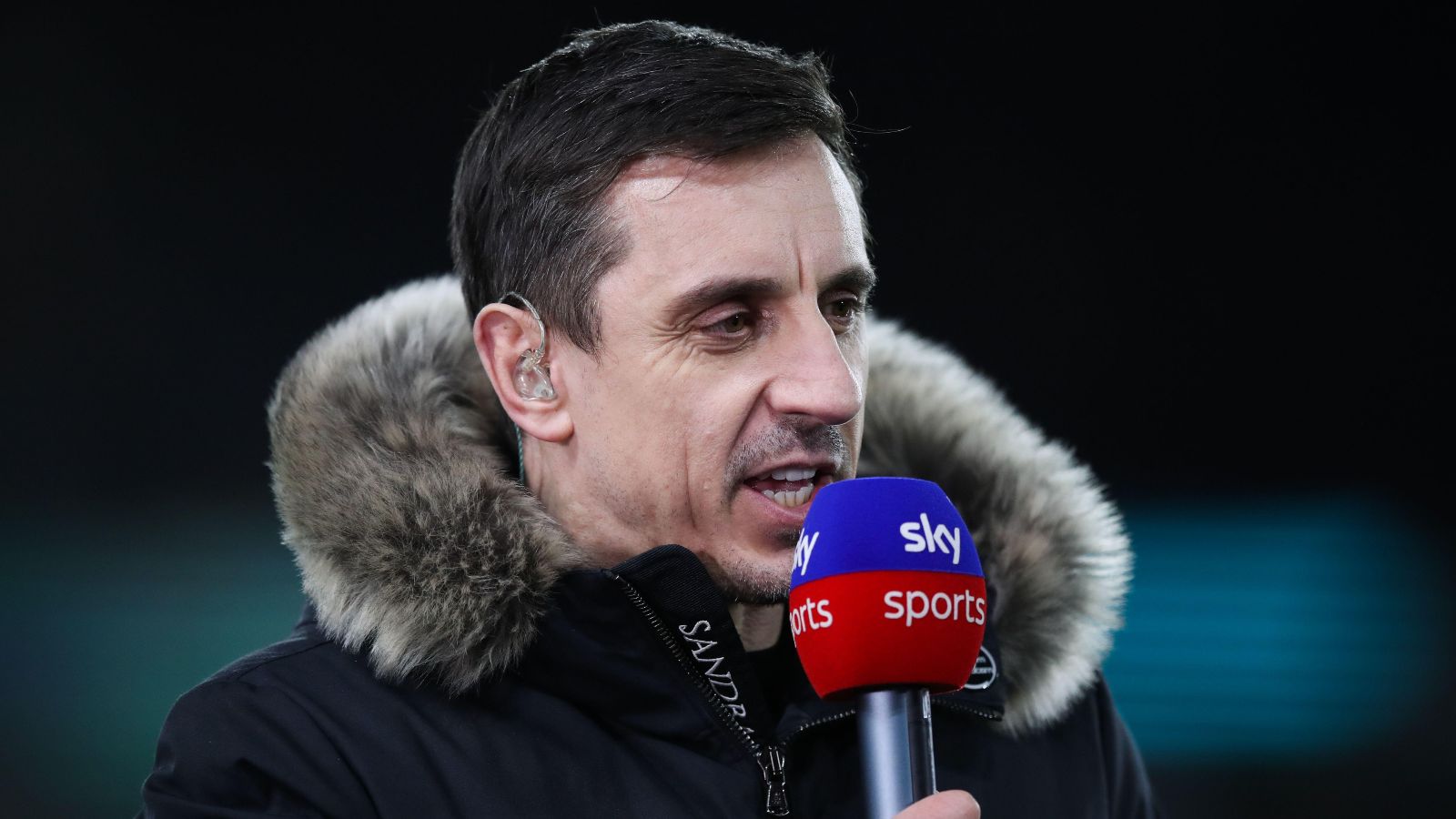 Gary Neville has slammed one Arsenal player after the club’s top-four hopes were dealt a huge blow on Monday night as they lost to Newcastle United.

The Gunners were comprehensively beaten by the Magpies at St James’ Park. They score was only 2-0 but Newcastle could have easily won by a greater margin.

Bruno Guimaraes netted after Ben White scored in his own net to settle the game. This leaves Tottenham as the clear favourites to finish fourth.

With one game to go, Spurs are two points ahead of Arsenal with a much better goal difference. Antonio Conte’s side face Norwich City on the final day.

Reacting to this interview, Neville took aim at Xhaka, as the midfielder has “been a disgrace at times”:

“I don’t know what to make of that interview. He’s obviously having a right dig at people in his dressing room,” Neville said on Sky Sports’ Monday Night Football.

“He’s been a disgrace at times over the last four or five years, getting sent off recklessly. He’s left it up in the air there, that was nothing there.”

Carragher then said: “He’s come out really strong and we like players, to be honest. He’s having a go at his own teammates really and saying they weren’t ready.

“But I know from my own experience it’s easy to come out and be really strong with your words at a time like that, and maybe he’ll get a little bit of credit for it. But do it on the pitch.

“I think he’s putting it on some of the younger players – maybe he didn’t feel they were ready or maybe I’ve got the wrong gist of the interview. But it was almost like an experienced player saying, ‘some of these people weren’t ready, they weren’t up for the fight’.

“I love players being honest and straight, but he was part of that. It’s not like two or three players have let them down. That was everybody.”