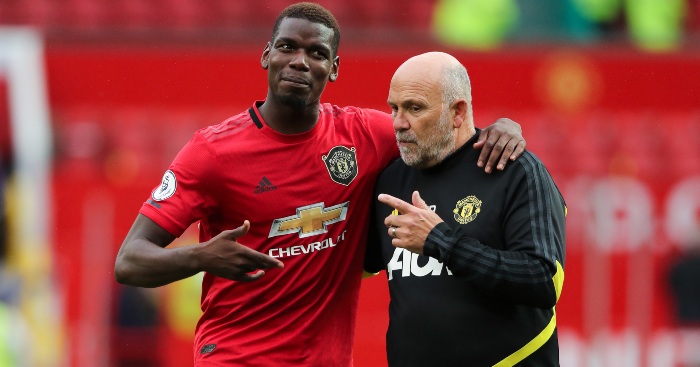 Gary Neville has told Manchester United they “must stop working with” Mino Raiola amid the “devastating” doubts over Paul Pogba’s commitment to the club.

Pogba remains at Old Trafford despite the France star making clear his desire to leave during the summer.

The Red Devils have been reported to be willing to offer their record signing a new contract but former United captain Neville reckons the club should steer well clear of negotiating with Raiola.

“[Pogba] wants to leave. He has made it clear,” Neville told Norwegian TV.

“His agent is a disgrace and has been a disgrace all over Europe – not just for Manchester United. They must stop working with him. He doesn’t have the values you want in your club.

“My opinion is that Manchester United need not negotiate with him. He will try to fix a transfer for his player, and will try to take part of the transfer sum himself. That’s how he operates.”

Neville believes Pogba’s posturing and his agent’s appetite for conflict is damaging the club.

“For Manchester United, it’s devastating. He is one of the best and most famous players in the world, but every week there are new issues,” Neville added.

“There is always controversy. It’s probably not his own fault, but the fact is that it is devastating for a club.

“That’s why Sir Alex Ferguson was at times clinical when he got rid of players. They were devastating.

“In a football club, everyone has to go in the same direction.”