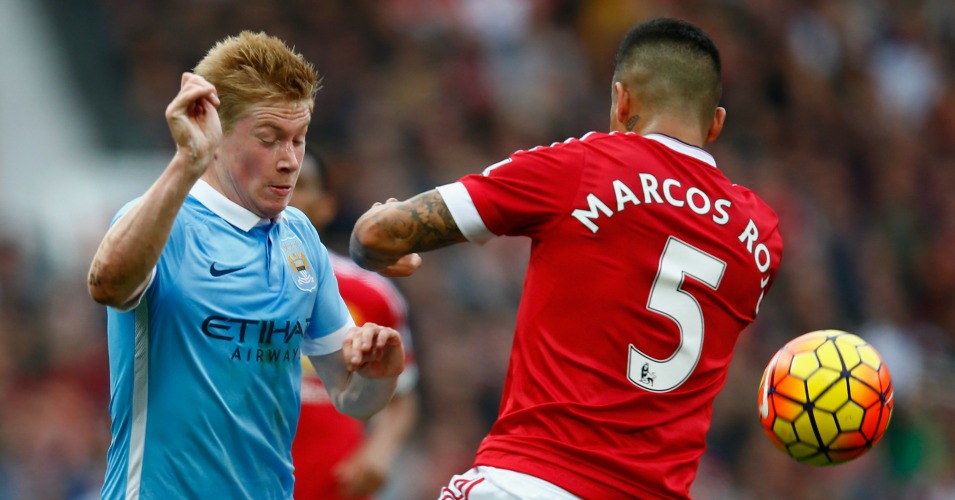 Gary Neville has bizarrely said that the error-strewn first half of the Manchester derby was the highlight of the season so far.

There were no shots on target in that first half; the first attempt that required either of the two goalkeepers to make a save was in the 82nd minute.

While the rest of us wondered whether we were really watching two of the Premier League’s best sides, Neville was convinced that the defensive organisation on show bodes well for English sides in Europe.

‘Supporters from both sides of Manchester may have left Old Trafford at the end of a 0-0 draw between United and City shaking their heads at the lack of goalmouth action or excitement, but for me, it was 90 minutes which told me that Premier League clubs can look forward to challenging in the Champions League again,’ wrote Neville in his Daily Telegraph column.

‘The fan watching it probably thinks that it is boring, that the entertainment is poor, but I really enjoyed the game and the first half was probably the best 45 minutes I have seen anywhere in the Premier League this season.

‘The Premier League is renowned for entertainment and madness, but this was a game for the professional and I genuinely believe there were a lot of very good things out on that pitch.

‘For every attacking player out on that pitch, it was a nightmare, but that was largely because the defensive units of both teams did exactly what is required in the Champions League.

‘If I was a coach of United or City, I would be proud of how the players conducted themselves and followed instructions.

‘At a time when the Premier League is teetering with its co-efficient and facing the prospect of losing a team in the Champions League, this game offered a level of comfort in that teams are starting to apply themselves to defeding, concentration and focus.

‘What is a quality football match?

‘If City or United had torn the other apart, with the other team defending as they did, then you would say it was a quality performance.

‘But when a team nullifies the other, pays attention to detail of every one of the others’ strengths, you also have to say that that is a quality football match.

‘I will not be told by anybody that there wasn’t a lot of quality on that pitch today. When people talk about quality, they think of a great goal or a great shot or a great dribble.

‘But no, a quality football match is when two teams pretty evenly matched nullify each other and pay respect to each other.

‘I might be the only person in the country saying this, but I don’t care.’