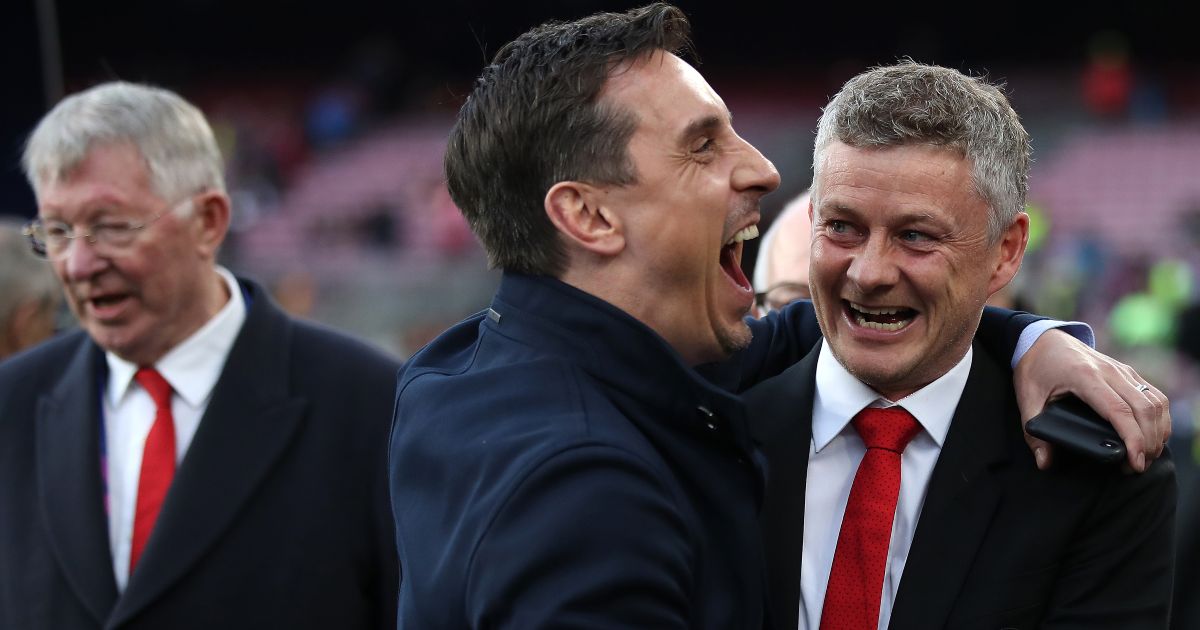 The Red Devils finished in second place and 12 points behind neighbours Man City, who were crowned Premier League champions this season.

There have been numerous rumours flying around about who Man Utd will bring in to close that gap further.

Speaking in a Twitter Q&A, Neville was asked: “Where can Man Utd finish next season with the right signings?” To which he replied: “Varane, Kane and Sancho = title.”

Meanwhile, Neville expects Liverpool to be resurgent next season with the return of key players from injury, while he thinks Man Utd have to challenge for the title next season.

Neville told Sky Sports: “For Liverpool to come back from those six home defeats in a row – wow. Champions losing six on the bounce at home, to come back in the way they have, you need to give them real credit.

“Absolutely Liverpool will challenge [next season]. They would have challenged this season if Virgil van Dijk had stayed fit. A team should not fall apart to the extent that they did off the back of one player getting injured but he is such an important player.

“He’s a huge player for them. With him having the summer off – it’s been announced he’s not going to the Euros – he will come back next season.

“I’m not great believer in this [idea] that the front three are done. The performances are still really high level and they’ve performed at such a high level for three or four years, sprinting a million miles every season that team. They deserve a season where they dipped a little bit.

“I’ve got no problem with Liverpool dipping a bit this season. City did last season. Great teams do that every three or four years.

“I think they [Man Utd] have to [challenge next season]. Wednesday night is big for United. To finish second and win the Europa League would be seen as big progress, then recruit well in the summer and they have to get really close. Wednesday night is a huge game and it does concern me a little bit with (Harry) Maguire being injured.”