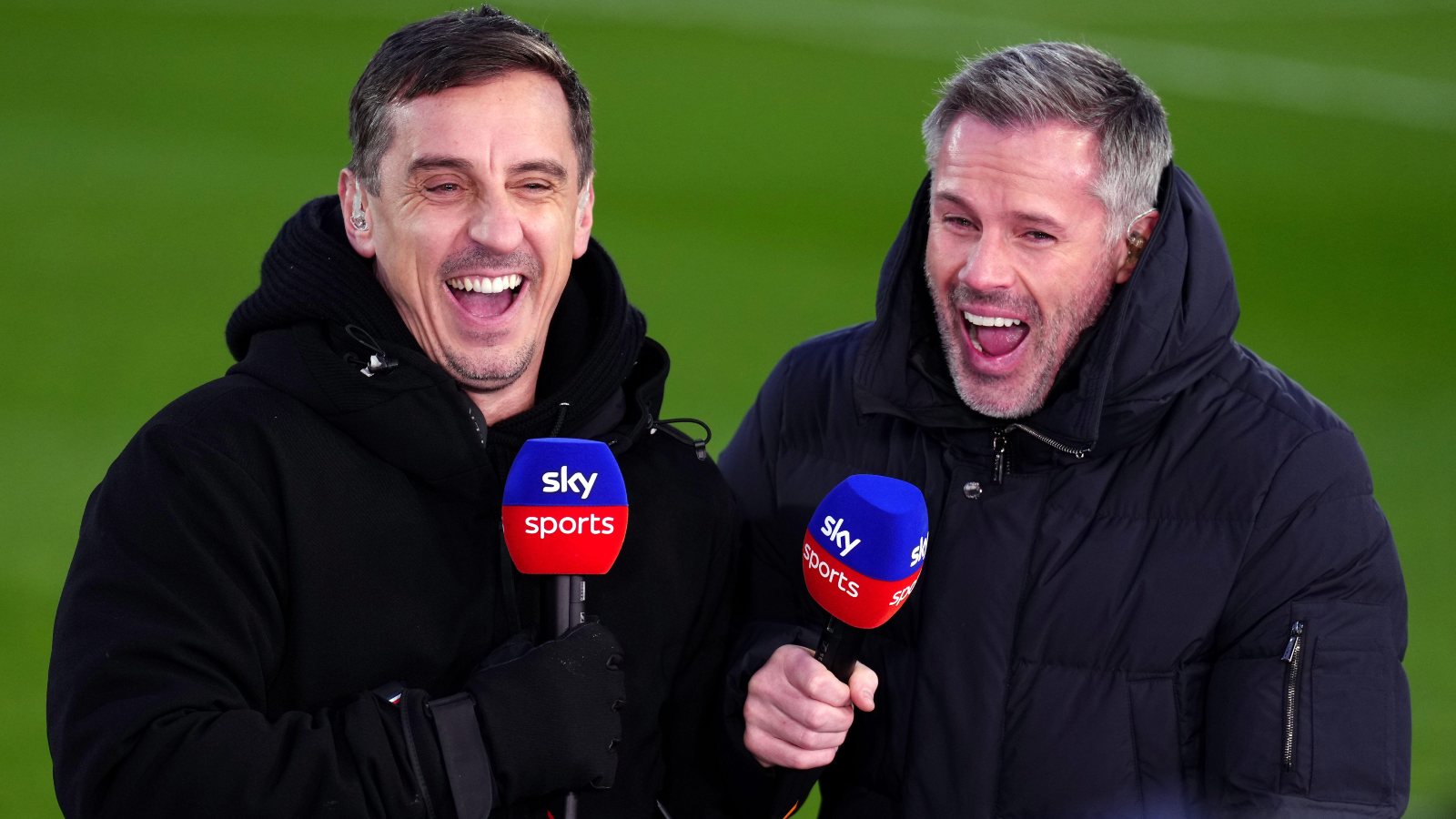 Gary Neville thinks Arsenal will finish third in the Premier League table this season with Manchester City and Manchester United finishing above them.

The Gunners are currently five points ahead of second-placed City and a further six points clear of Newcastle United and Man United in third and fourth.

Arsenal have a game in hand on all their rivals but they do still have to play Pep Guardiola’s men twice in the league before the end of the season.

But despite their points advantage, Neville reckons City will pip Arsenal to the Premier League title with the pressure set to build on the Gunners towards the end of the season.

Neville said on Sky Sports: “We’re so far out – 19 games to go – to be getting asked about this. I don’t Man City have started yet – they have been messing around. Pep Guardiola has been rotating. When they start to purr, I think they’ll motor on and put pressure on Arsenal. The run-in doesn’t start until April.”

But fellow pundit Jamie Carragher is predicting Arsenal to hold onto their position at the summit, he added: “It’s not just the points gap but it’s Arsenal’s performances in big games. They aren’t just getting over the line, they are streets ahead of the opposition.

“The Champions League will be a factor for City. Once they start getting to the quarter and semi-finals in April, those City players will be focusing on the Champions League. I just think Arsenal will pip them.”

Not only has Neville tipped City to beat Mikel Arteta’s men to the title but he also reckons Man Utd will end up higher than the Gunners in the table, while Tottenham will take fourth.

Neville said: “I said Manchester United would finish above Arsenal, and I’m sticking with it. You can be wrong with predictions! Newcastle have been incredible, but it was be a unbelievable if they could sustain it until the end of the season.”

Carragher sees City and United as second and third with Newcastle holding on for fourth place at the end of the campaign.

The Liverpool legend added his view: “Newcastle aren’t involved in Europe and when I watch them play there is so much energy. They have the best defence in the Premier League, I’ve been so impressed with them. It feels like there is a togetherness between the players and the crowd, like at Arsenal.”

Despite putting Arsenal third in his predictions, Neville reckons Arteta should be manager of the year even if his side fluff their lines.

Neville hit back: “The reason why he is manager of the year if he finishes third, second or first is because at the end of the last season I thought he was in significant trouble.”

Presenter Dave Jones interjected: “You pretty much wrote him off on [an earlier episode of] Monday Night Football, didn’t you?”

Neville continued: “[Jamie] said the same by the way, let’s be clear. We both said it.” Carragher quickly interrupted: “The whole point of football is that you watch something happening, and you can change your view!”

And Carragher told Gunners fans to keep trolling Neville after his comments, he joked: “Keep going at him, Arsenal fans! You’re really getting to him on social media. Keep going at him.”