Home All The News Neville to Klopp: I’m not a chef but I know a good steak 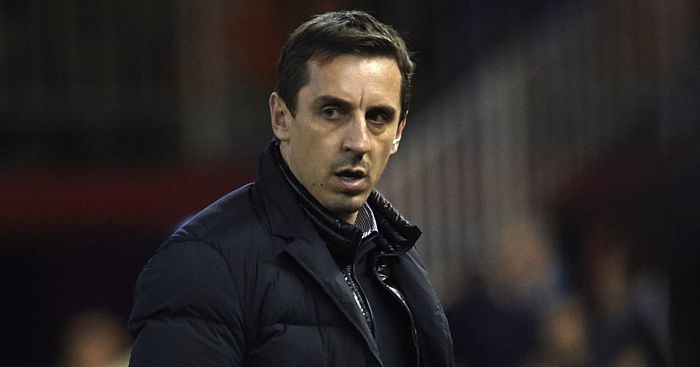 Gary Neville has hit back at Jurgen Klopp as the war of words over the criticism of Liverpool keeper Loris Karius rumbles on.

The Reds boss launched a stinging attack on the Neville brothers for their part in the media hype surrounding the goalkeeping situation at Anfield.

Karius made another mistake against West Ham on Sunday after his howler cost Liverpool in injury time against Bournemouth the previous weekend.

And the keeper has come under intense scrutiny from pundits such as the Neville brothers and Reds legend Jamie Carragher following his latest error.

In response to Neville giving his opinion on the Karius situation, Klopp said: “He showed he struggled with the job to judge players so why do we let him talk about players on television?”

Neville replied on Twitter on Monday: “Haha. I’m not a chef but I know a good steak!”

Speaking in his Monday press conference, Klopp added: “I don’t listen to them. I am pretty sure Carra doesn’t speak too positively about Man United players.

“Obviously the Neville brothers don’t like Liverpool, I have no problem and if they can cause bigger problems than we have already they have tried.”

“The pundits, former players most of them, forgot completely how it felt when they got criticised.

“Especially the Neville brothers; the one who was the manager he obviously should know that too much criticism never helps.

“But he is not interested in helping a Liverpool player I can imagine.”