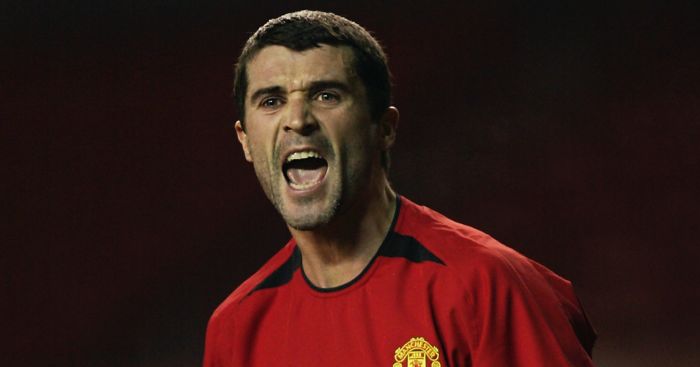 Roy Keane once made Manchester United teammate Fabien Barthez feel “like a dog that had lost its owner”, according to Tony Cascarino.

The United legend hit the headlines last week after his half-time outburst in Manchester United’s 1-1 draw with Tottenham.

And Cascarino was not impressed by his former Ireland teammate’s behaviour in the Sky Sports studio.

The pundit remembers Keane as a “funny and quiet” member of his dressing room, but got a taste of Keane’s intensity after he had retired.

Cascarino told talkSPORT: “I was with Roy for eight years in Republic of Ireland squads and there is a side to him that is really dry and funny, but you never feel that now.

“Roy was a young lad when he came into our squad, as we had a lot of personalities, a lot of top players, and Roy was quite quiet.

“I never experienced things like the machine gun meeting with Mick McCarthy at the 2002 World Cup.

“The real funny thing with Roy is how things sit with him, how deep it can be. He’ll come out with something and you think, wow, that was 18 months ago and you’ve just brought it up now? It’s sat with you for that long?

“You’ll be sitting there thinking I’m comfortable, and then suddenly the eyes are on you and it’s your turn.

“That didn’t happen to me in the dressing room, but… when I got inducted into the Republic of Ireland Hall of Fame, Roy was there next to Martin O’Neill.

“I’d said a couple of things in interviews when he was Sunderland manager about the things that were going on at the club, and his eyes…

“It was the Chucky eye-look.

“This was live on TV and I was getting asked questions and I just kept thinking: ‘Please blink, Roy. Blink, please!’”

Cascarino went on to explain another “strange” with Keane.

“I had some funny times with Roy, but one of the other things that happened to me was really strange,” he added.

“I’d just finished playing football, I’d come back from France and I was working for TV3 in Ireland and we did Nantes vs Manchester United.

“As the game ended I got caught up and when I came out of the ground the United bus was there.

“Fabien Barthez, who I played with at Marseille, came running off the bus, saying ‘how are you doing’ and we chatted, Denis Irwin then appeared and Fabien said, “I’ll go get Roy!’

“I thought, Roy ain’t gonna come down and see me. Not because he didn’t get on with me, he just doesn’t do emotion and all that.

“But Fabien ran off with all this enthusiasm to go and get Roy… and when he came back it was like he was a dog who’s just lost his owner!

“I didn’t take it personally, I knew he wouldn’t come down but he’d do that to anyone, not just me.”