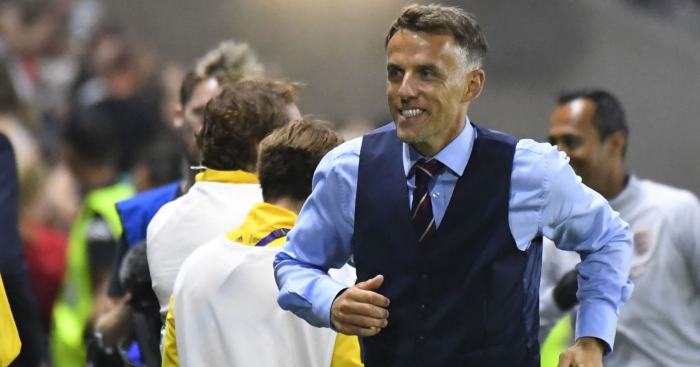 England manager Phil Neville has backed the idea of letting the Premier League run the Women’s Super League, instead of the Football Association.

The national governing body launched the WSL in 2011 and has run it ever since, adding a second division, now known as the Championship, in 2014.

But there have been growing calls over the last year for the FA to step aside and let someone with more experience of running a professional league take over, and this week it was confirmed that the Premier League is exploring how it might step into the breach.

It is understood that any FA handover is still at least a season or two away but these calls are only going to increase given the huge interest generated by England’s performances at the Women’s World Cup in France over the last four weeks.

Speaking to reporters ahead of Saturday’s third-place play-off against Sweden, Neville said: “It was never the FA’s intention to fully run this league forever.

“I think the Premier League are looking at English women’s football now as something they need to get on board with, and use their financial backing and power to get involved in something that is taking off big time.

“I think it’s really positive that there is a study. Everyone at the FA and everyone in football would welcome that involvement.”

Neville’s comments echo those of new Yeovil Town Ladies owner Adam Murry, who told PA that “women’s football would start to grow very quickly, and not just in the UK” if the Premier League took charge of the women’s club game because of its financial might and global reach.

It has also been suggested that closer alignment with the men’s game would enable women’s teams to stage more games in their brother clubs’ stadiums, perhaps as double-headers.

And some believe the WSL should strike while the iron is hot by moving the pick of the new season’s opening fixtures – Manchester City v Manchester United and Chelsea v Spurs – to the Etihad and Stamford Bridge, respectively.

“It would be amazing if we took one or two games a season to the main stadiums,” said Neville.

“But I think we only want to do that if we can fill it, like Atletico Madrid and Juventus. To do that, an awful lot of work needs to be done promoting, getting into schools and making sure people are aware the game’s on.

“I think that’s the biggest challenge. The easy bit is to just say we’re going to play at the Etihad, Old Trafford, the Emirates. The hard bit is actually when you go there, to fill the stadium.

“We’re heading in the right direction and we need to make sure we keep this momentum going.”