Home All The News Neville: What will make Liverpool ‘really great side’

Liverpool have to win it again. Or reach another CL final. It's about consistency, says Gary Neville. 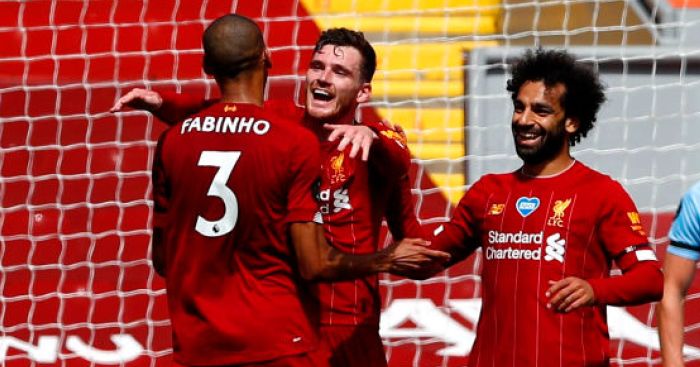 Gary Neville claims that Liverpool have ‘started to create an era’ but that they they are short of greatness until they produce heroics again next season.

Liverpool reached a Champions League final in 2018, won it in 2019 and cruised to the title in 2020, but Neville still does not believe that puts Liverpool in the same conversation as previous Manchester United sides.

“When we look back in 50 years, greatness will be measured by an era, not one season. What Liverpool have done in the last three seasons is started to create an era,” Neville told Sky Sports.

“What Jurgen Klopp has done at Liverpool has been simply outstanding, he hasn’t had the resources of Pep Guardiola, the resources of the Manchester United managers over the past seven years but, with laser focus and precision-based recruitment, he’s developed a great team.

“If Liverpool can win the league again next year, get to another Champions League final or do a domestic double, that is when we’ll be starting to talk about really great side.

“When you lose it and win it back, I felt more satisfaction because we were up against two great teams, but when you repeat it, it’s great because true greatness is consistency and being to repeat your standards year on year.

“There are many teams, players, athletes that have had one-off success and titles, and they are great achievements in their own right, but when you continually do it over a period of time is when you establish greatness.

“When you look back at Ryan’s [Giggs] career, someone who won 13 Premier League titles and played to the age of 40, he achieved greatness with his longevity.

“We talk about talent, skill and great players, but when you get to the end of your career you want to look back at sustained success and that you demonstrated consistency and reliability to play well every single year as a team and as an individual.”