Home All The News Neville: Why City could regret not beating Man Utd to Maguire 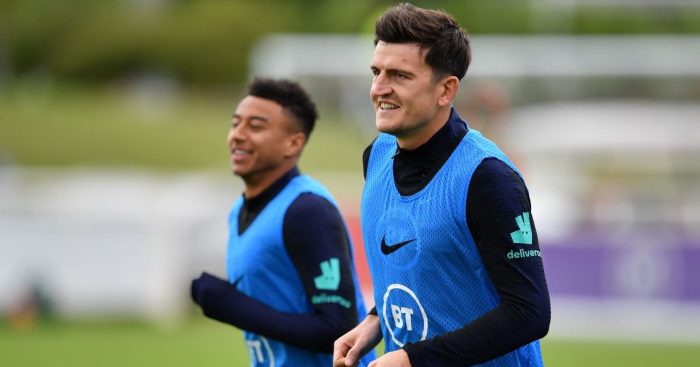 Gary Neville thinks that Manchester City could regret missing out on the opportunity to sign Harry Maguire in the summer.

The defender ended up signing for Manchester United in a deal worth a reported £80million, with Pep Guardiola later conceding that City couldn’t afford the centre-back.

City have lost Aymeric Laporte to injury already this season, while they allowed Vincent Kompany to leave this summer and join Anderlecht as player-manager.

And, in hindsight, Neville thinks they could rue the fact they didn’t invest in Maguire in the transfer window.

“If Laporte is out for a long period of time, I think it will cost City points,” Neville told Sky Sports.

“He is a dominant centre-back. He is a brilliant player, Laporte.

“I just look at it and think it’s a real worry. Maguire would have been ideal.

“I think Manchester United did really well to get him, and I’m surprised City didn’t go with them to get him – maybe they did and maybe they pulled out with the money or whatever it was.

“I just think Kompany leaving, he was an old-fashioned, throw your head at it centre-back in both boxes.

“When you go to certain grounds in the Premier League and you have seen it today [Sunday] when balls are flying into the box, Kompany [would be] stood tall.

“That’s the one downer out of the weekend for Manchester City.”