Home All The News Neville: Why Lukaku struggled against Juventus 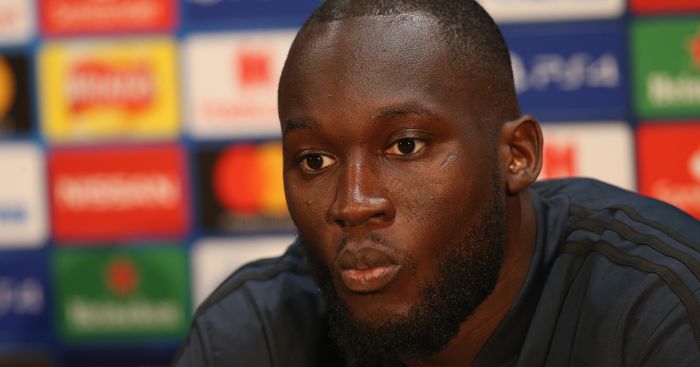 Manchester United striker Romelu Lukaku struggled up front against Juventus due to the “calibre” of their centre-backs, according to Phil Neville.

The Belgium international toiled away against Giorgio Chiellini and Leonardo Bonucci at the spearhead of United’s attack but Jose Mourinho’s side failed to score against the Old Lady as they lost 1-0.

Lukaku has now gone eight matches in all competitions without scoring a goal despite bagging a couple for Belgium during the international break.

And Neville expressed his sympathy for Lukaku as he went up against two top-class defenders.

“Romelu Lukaku has now gone eight games without a goal and his performance against Juventus was questioned afterwards,” Neville told the BBC.

“But if you want to know why he did not do too much on Tuesday, you have to acknowledge the calibre of the centre-backs he was playing against, and also ask if he got the correct service – and no, he did not.

“I cannot remember a clear chance coming his way versus Juventus, or against Chelsea at the weekend either.

“Of course he has to do more for himself, because in United’s situation they needed their forwards to win them the game in the same way Ronaldo and Dybala did for Juve.

“But you could say the same about Anthony Martial and Marcus Rashford, who also did very little.

“I do think Lukaku’s levels have dipped a little bit, especially when you compare him to the player we saw at the World Cup in Russia.

“But I don’t see any other options for United up front to lead the line like he does.

“He is a player I think they have to persevere with and hope comes back into form.”