Home All The News Neville hits out at Man Utd board, says club needs a ‘reset’ 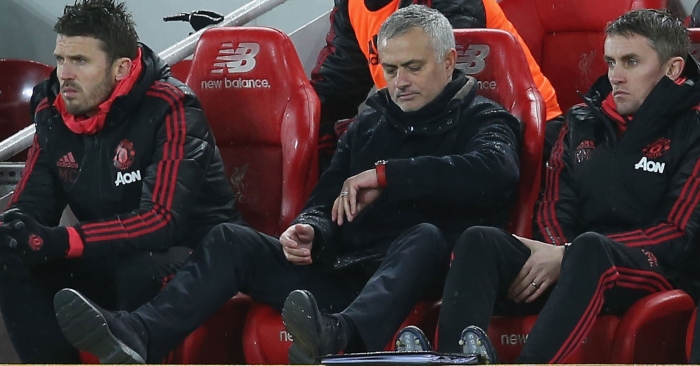 The Red Devils were poor once again as Liverpool returned to the top of the Premier League after a 3-1 win.

Substitute Xherdan Shaqiri netted twice late on at Anfield to seal victory after Sadio Mane had opened the scoring on Sunday.

Jesse Lingard levelled for United before half-time but Shaqiri scored in the 73rd minute, just three minutes after coming off the bench, before adding a second 10 minutes from time.

Neville believes that recent results may be the final straw for Jose Mourinho with regards to his Old Trafford future.

“Will Mourinho leave? I think it will happen, my preference would always be to get to the end of the season. But the board room is so naive it’s unbelievable,” Neville told Sky Sports.

“To give him an extended contract, knowing his cycle of every three years, was incredible. The minute he came back from pre season he was at it and the club was out of control.

“Are they going to get the manager they want? It’s not as easy as that. They need to reset.”