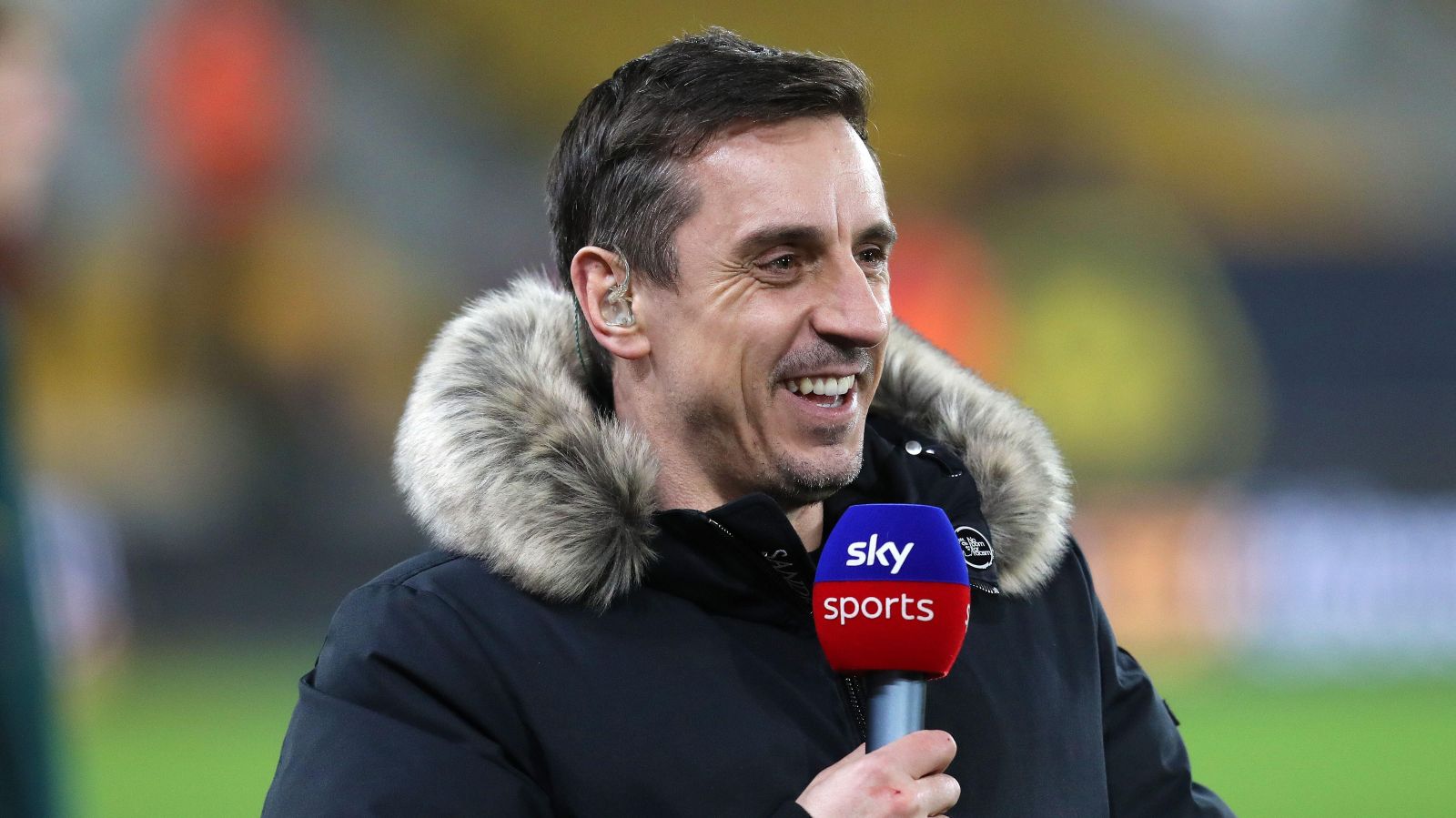 Gary Neville has suggested that he would ditch three Liverpool players and bring a Real Madrid trio who “eat big games” into his team.

Liverpool travel to Paris to face Real Madrid in the final of the Champions League on May 28.

The sides met in the final of the competition in 2018. Gareth Bale netted a brace to help Real Madrid win 3-1 that year.

Jurgen Klopp’s side are arguably the clear favourites heading into the final later this month. They have already lifted two trophies this term and they are still vying for the Premier League title.

If all fit, Fabinho, Thiago and Jordan Henderson would likely start as Liverpool’s midfield three against Real Madrid.

Ahead of this game, Jamie Carragher has asked Neville (via the Man Utd legend’s Instagram) which Real Madrid players would get into Liverpool’s team.

Neville answered: “I think the midfield three. Fabinho you would have to consider. But you have to have Luka Modric, Toni Kroos and Casemiro.

“The midfield of Madrid is better than Liverpool’s. It is.”

Carragher then said: “In terms of quality on the ball. That’s the same midfield that played against Liverpool four years ago.”

Neville added: “I know, but have you seen them? They are still playing (well), aren’t they?! You watch Modric. You watch Kroos. You watch Casemiro. They eat big games them three.”

Elsewhere, Carragher “would be surprised” if Mohamed Salah or Virgil van Dijk start against Southampton on Tuesday evening at St Mary’s.

Both players were forced off over the weekend as Liverpool beat Chelsea on penalties in the FA Cup final:

“I don’t think Klopp will play anyone where there is a risk of injury, I would be surprised to see Salah, Van Dijk,” Carragher said on Sky Sports’ Monday Night Football.

“It won’t be a full strength team tomorrow that’s for sure.”