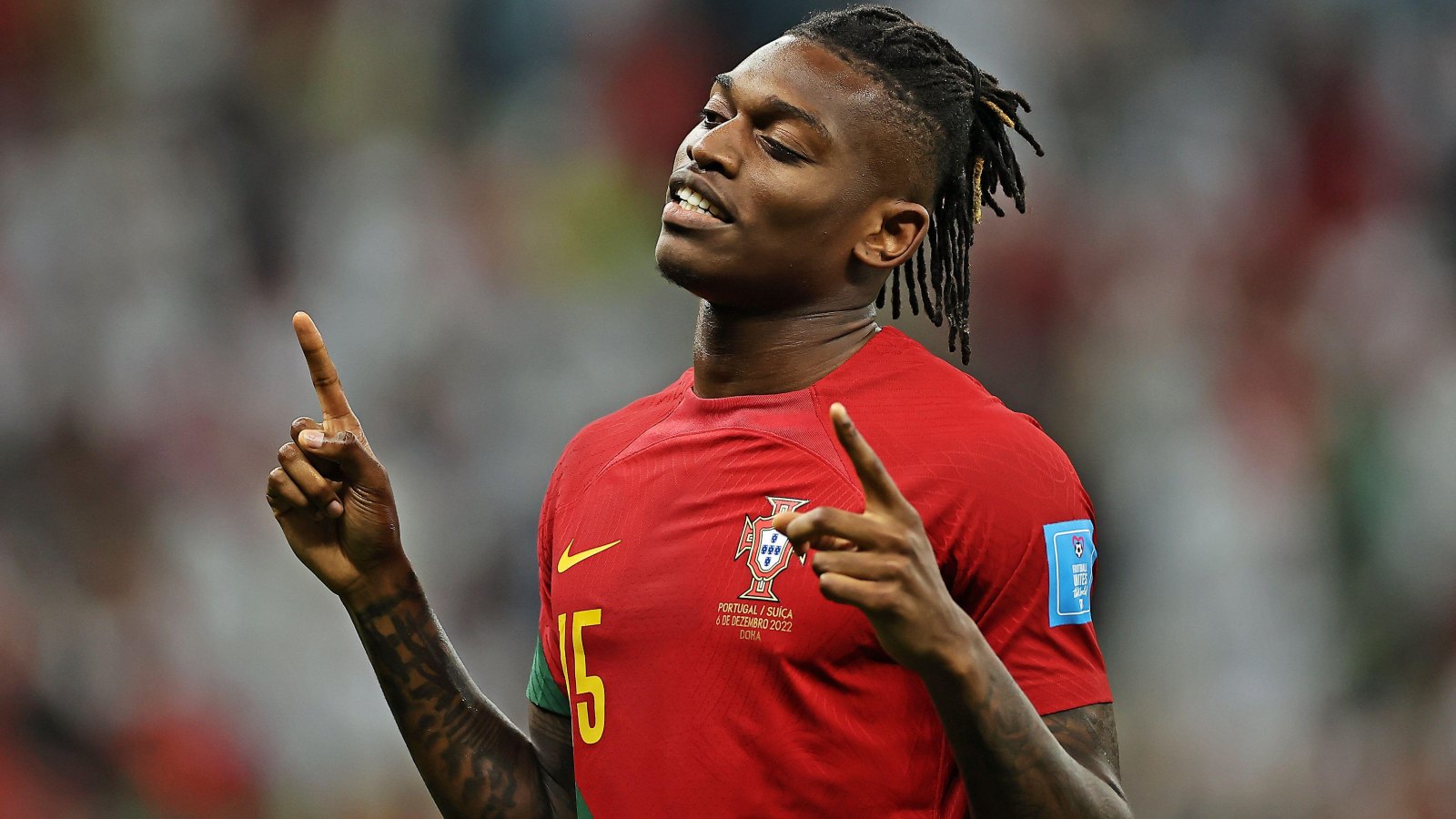 The 23-year-old, who has been linked heavily with both Chelsea and Man Utd in recent months, has contributed seven goals and six assists in 20 matches in all competitions for AC Milan so far this season.

He has been used sparingly by Portugal coach Fernando Santos at the World Cup with Leao making four substitute appearances, playing a total of 62 minutes.

But the AC Milan winger has still managed to make a big impression with two goals in those matches, including Portugal’s sixth goal in a 6-1 rout of Switzerland on Tuesday evening.

Leao cut in from the right and bent in a wonderful effort from just inside the area in a brilliant cameo appearance off the bench and Neville was impressed by what he saw.

“I liked him when he came on in that first game [against Ghana], he gave them more balance in those wide areas. He’s been used as a sub [again] tonight.

“[His goal was] a bit strange because you’d thought there had been a deflection. But it was a brilliant effort into that far corner.”

Former Arsenal striker Wright added: “You know what it was as well? How dynamic he was.

“He blast past the defender and then the composure to calm himself down and whip it into that far corner – it’s a beautiful goal.”

Former AC Milan midfielder Nigel de Jong was also impressed by what he saw and believes the Serie A outfit wouldn’t have won the Scudetto without him last season.

“He’s so different to the other players they have [in that area],” De Jong said. “I’ve been watching him at AC Milan – he’s been fantastic and they became champions, mainly because he is their star player.

“With Portugal, it takes time to get into the starting XI, but when he comes on, he makes an instant impact.

“Because of the size of him, he looks more like a wide receiver from American football than an actual winger!”

Cristiano Ronaldo was only named on the bench for Portugal’s win over Switzerland in the round of 16 and Santos claims the former Manchester United striker’s role is yet to be “defined” for the rest of the World Cup.

When asked about Ronaldo, the Portugal boss said: “That is still something that has to be defined.

“I have a very close relationship with him – I always have, I have known him since he was 19 years old.

“This relationship only develops, Ronaldo and I never interpret the human aspect of that of manager and player (in relation to) what we have to do during the match. I will always consider in my role that he is an important player to have in the team.”