Home Burnley New Burnley signing: Why it will be third time lucky in PL 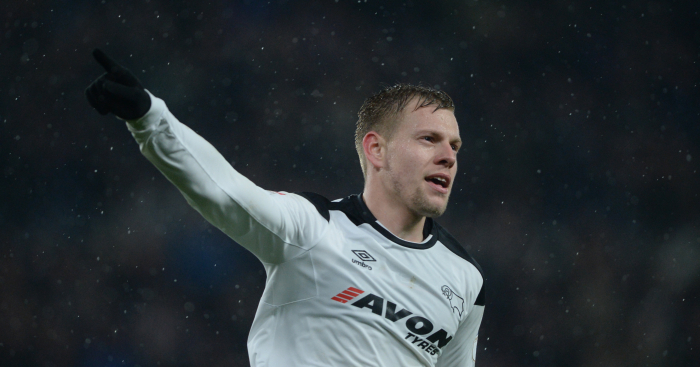 Burnley have signed Czech Republic striker Matej Vydra from Derby for an undisclosed fee, the Premier League club have announced.

The 26-year-old, who top-scored in the Championship with 21 goals last season, has signed a three-year deal at Turf Moor with the option of a further 12 months.

Vydra, who joined the Rams two years ago, has previously played in the top flight with West Brom and Watford.

Vydra told the club’s official website: “I think five years ago I was like a kid in the Premier League.

“Now I feel I have more experience in English football, I speak better English and I have learned more in England, so I hope I’m a better player than five years ago.

“For the last four years I have been fighting to be in the Premier League. I haven’t done it with the teams I was playing for and sometimes it has to be done with a transfer and now I’m so happy.

“My ambition is to play in the best league in the world so thank you to the gaffer here and to Burnley for giving me a hand to play in the Premier League and now it’s about me to show he chose the right person and hopefully I will be successful with mine and Burnley’s targets.”

Vydra joins Sean Dyche’s Clarets, who finished seventh in the Premier League last season, on the same day they completed a deal for former England number one Joe Hart.