Havertz speaks about the Premier League and how he is adjusting to life in England. 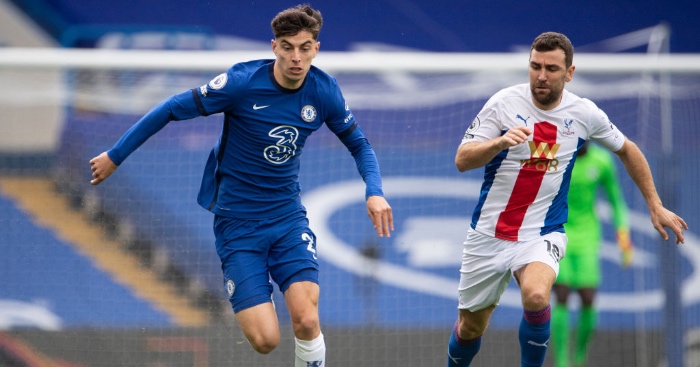 Chelsea’s latest star Kai Havertz has admitted that Premier League games are ‘exhausting’ and ‘different’ to the Bundesliga.

Havertz signed from Bayer Leverkusen for £70 million back in September after emerging as one of the biggest prospects in European football.

He’s since appeared in five matches for the Blues and looks set to become an integral player for the rest of the season. He scored a hat-trick against Barnsley in their Carabao Cup match last month.

FEATURE: Which ‘Next Four’ Premier League side has the strongest squad?

Havertz has now revealed what it’s like to play in the Premier League in an interview with his club.

He said: “It was difficult for me, especially because the Premier League is a completely different league. It’s more intense and I noticed that in the first few games.

“It has gone pretty well for me recently but I think there is also still a lot of potential upwards. I want to exploit that in the next few weeks and months.

“The intensity in the duels and the runs is much higher. It’s a completely different league and the games are very exhausting.

“The Bundesliga isn’t worse but I noticed differences. It seems to me like there aren’t any average or bad players here – everybody is at a very high level.”

When asked about his first goals for the club, the German said: “The hat-trick was good for me. The start was a little difficult because I only trained with the team for five or six days, then played the first game right away. It was also a very big step for me to leave my family and familiar surroundings. Of course, it takes time to get it right.”

Havertz is currently playing with the German national team during the international break. The 21-year-old started in their 3-3 draw with Turkey on Wednesday.

Their next fixture is away against Ukraine tonight in the Uefa Nations League.